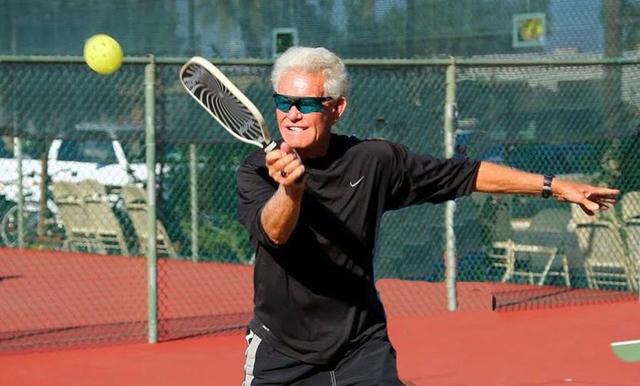 "The gospel just comes first in our lives. That’s all there is to it," 76-year-old Dick Johnson says.

As a student at Brigham Young University, Dick Johnson was invited to play tennis. Shortly after this invitation, he was called to serve in the bishopric of his ward of The Church of Jesus Christ of Latter-day Saints.

Although tennis was a passion and a talent, he gave up playing collegiately to devote his time to school and his church calling.

He and his wife, Lawana, have always believed “faith and academics should always precede sports.” They have clung to this motto throughout their marriage, especially through Johnson’s success as a 2016 champion in his age group at the Huntsman World Senior Games in the increasingly popular sport called pickleball.