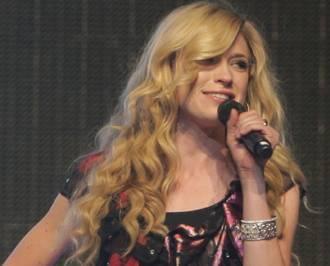 LDS 'American Idol' star on her way to fame

Brooke White, a Latter-day Saint singer from Mesa, Ariz., who gained fame on “American Idol” when she told former judge Simon Cowell that she had never watched an R-rated movie, is now well down the winding road of the music industry.

And it's a road she's had to navigate with faith and a music style that is less than conventional.

White will be in Utah this week speaking to aspiring musicians at the Soundcheck Series in Salt Lake City, followed by a concert in Provo the next day. She's kicking off a tour with pop rock artist Jack Matranga, with whom she recently recorded an EP called "Gemini." Future tour stops include Rexburg, Idaho, and Lake Forest, Calif.
Read the rest of this story at deseret.com