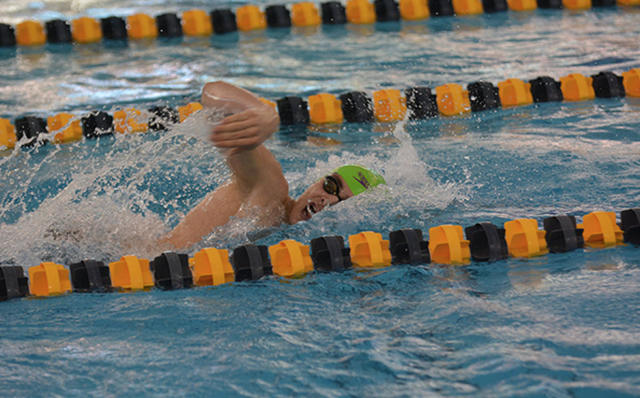 "His entire team, and coach, have been supportive of his desire to serve even though they say they will desperately miss him when he’s gone," Geoff Thatcher wrote in an email.

It's been a pretty good week for Joel Thatcher.

On Monday he opened his mission call from The Church of Jesus Christ of Latter-day Saints. On Thursday, he won a national swimming title.

Thatcher is a freshman student-athlete at the Savannah College of Art and Design (SCAD) in Savannah, Georgia. He received word that his mission call arrived on Monday, according to an email from his father, Geoff Thatcher. Picking up the large envelope was a little tricky though because the school's mail room didn't open Tuesday until 8:30 a.m., and the team bus was departing for the NAIA national championship at 8 a.m.

"We faced the prospect of waiting another week to find out where he'd be serving," Geoff Thatcher wrote in his email. "After a lot of prayer, especially from Joel's mom, he ventured over to the mail room at 7:55 a.m. and sure enough, an angel came in early and was kind enough to give Joel his mission call."

Aboard the bus, Joel Thatcher dialed his parents, and with his coach and teammates watching, he opened his mission call.