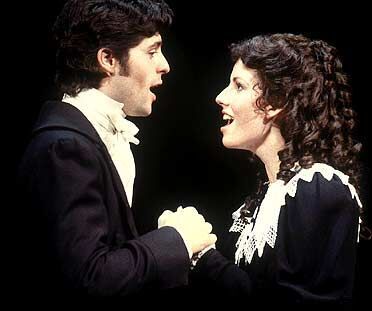 “Mental hurt is not a weakness,” Broadway actress Sandra Turley said. “We’ve got to stop thinking of it that way and to really talk about it. Covering it up, or calling it something else is not helping. There’s a perception out there that getting help somehow masks the problems or makes us numb."

I first met actress and singer Sandra Turley of Gaithersburg, Maryland, at a Time Out for Women event in Phoenix. While she wowed the audience with a voice from some neighborhood in heaven, I told them embarrassing stories and launched lame jokes about gummy bears.

By the time Turley, the other performers, speakers and I flew our separate ways, I was a fan. But little did I know that four years later, what I’d most admire isn’t her singing talent, but another voice completely.

Blessed with a rare gift, Turley has been performing since childhood by starring in everything from family home evening productions in her living room to owning the Broadway stage. Following two years in Brigham Young University’s acclaimed Music Dance Theatre program, she was cast as the lead in Disney World’s “The Little Mermaid.”

After returning to campus, Turley took what she calls the ultimate longshot by attending an open audition in Salt Lake City for “Les Misérables.” She earned a callback and would have been content with that feather in her creative cap. Then a month later, she got the news.

“They asked if I could be in New York in two weeks,” Turley told me recently. “And just like that, my husband and I were moving into an apartment and I had the role of Cosette.” 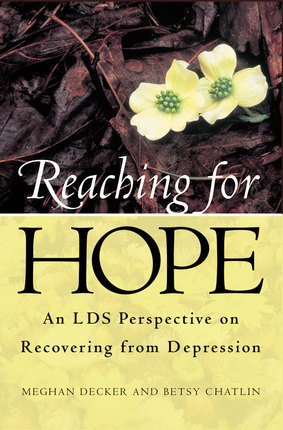 Do you or a loved one feel despair and hopelessness even when you are doing the things that used to bring you joy? In Reaching for Hope: An LDS Perspective on Recovering from Depression you will learn how to recognize depression in yourself or a loved one and how to begin healing.

Written from a uniquely LDS point of view, this informative and inspirational book offers all you need to find hope to move forward—one step at a time. In addition, it explores the spiritual healing that is essential to overcoming depression, showing how we can use the atonement of our Savior to help us forgive, heal, and move forward.

Or, for additional help, check out Deliverance from Depression: Finding Hope and Healing Through the Atonement of Christ.