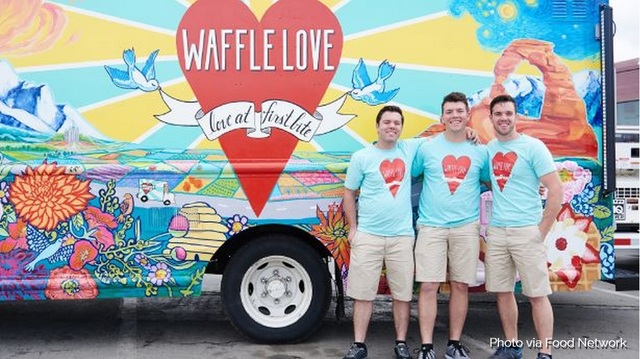 MR says: How do you mix waffles with international cuisine? Three brother's from Utah showed America how it's done when their waffle truck competed on the Food Network show, "The Great Food Truck Race." Congratulations to these three brothers from Utah. For more about Waffle Love, click here.

For more about Mormons sharing their cooking skills on national television, check out "18 Mormons on Reality TV Who Stood for Their Standards" or "LDS Mother & Daughter to Be Featured on PBS for Their Incredible Pies."

Founder Adam Terry and his brothers, Steve and Jared, competed with champions Pho Nomenal Dumplings in Chicago for the grand prize of $50,000.

According to Food Network, show host Tyler Florence challenged the companies to make three different dishes in just 30 minutes and serve them to two of the top grill chefs in St. Louis.