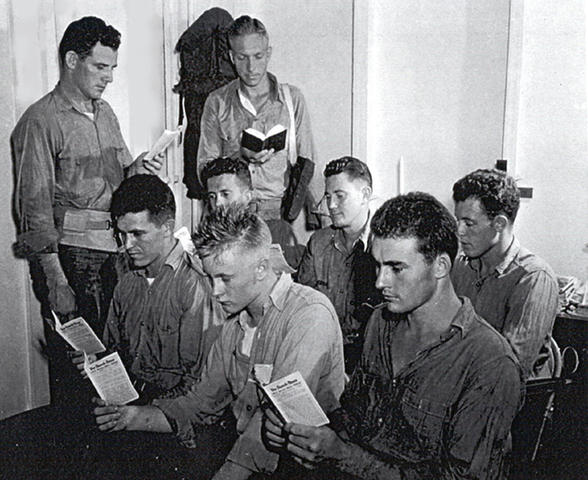 "It is our heartfelt hope and prayer that they and many others have not sacrificed life in vain," LDS Chaplain Vernon A. Cooley wrote to then Elder Harold B. Lee. "In the present world-wide battles there have been some of our servicemen lost who were perhaps far more worthy than many of us who remain alive."

It was a simple gesture.

During World War II, LDS chaplain Reuben E. Curtis helped establish a cemetery for American servicemen in an area on Attu, Aleutian Islands, called Little Falls. He arranged for a photograph to be taken of the cemetery's location and sent it with a letter to the soldier's next of kin. Several families responded with heartfelt gratitude.

"I received my picture of the Little Falls Cemetery, where my son's body lies. I have thought so many times if I could only have a picture of the place, never dreaming I would ever get one. These things help so much," one parent wrote and is part of a compilation at scholarsarchive.byu.edu.

"I did not know that anyone ever thought to do things like this for those who lost their dear ones in service far from home," another parent wrote. "You make it seem as though I have the whole army backing and sort of helping me to carry on."

Curtis' kind act is just one example of how chaplains who are members of The Church of Jesus Christ of Latter-day Saints have played a special role in helping soldiers and their families cope with death and other aspects of war.