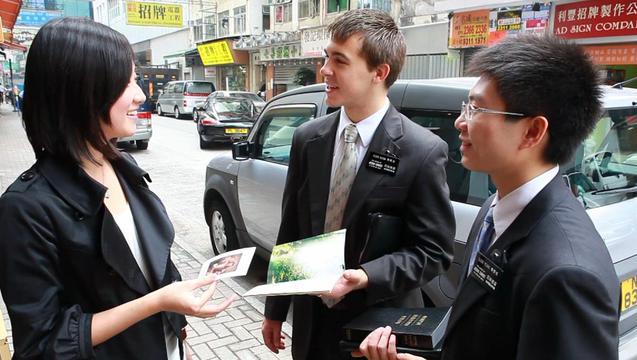 Candace Richins was in the midst of her freshman season with Utah State University’s women’s volleyball team when the announcement came from Church President Thomas S. Monson: women can serve missions at age 19 and men at 18. Although thrilled about the possibility of serving a mission earlier, Richins — a possible starter on the team in 2013 — worried because her scholarship and spot on the team would not be guaranteed if she left.

A few days later, while in a religion class near campus, Richins knew what she needed to do.

“I felt very impressed that I needed to go and I needed to go now,” says Richins, who will begin missionary service in March in Stockholm, Sweden. “So I decided right then and there that I would go and it didn't matter what I was leaving behind; I would just go and serve the Lord. It definitely was a hard decision because it not only affects me, it affects my coach, my teammates, the whole school. … But at the same time, I knew that it was right and that what I was doing was the correct thing and that everyone would be blessed for it.”