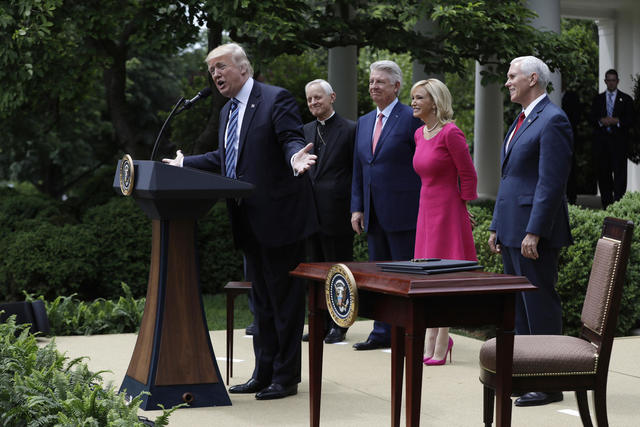 "We are always grateful for the efforts of leaders to safeguard religious freedom and protect the beliefs and religious exercise of all people. The Church of Jesus Christ of Latter-day Saints has been and remains committed to political neutrality. Today’s executive order will not affect that longstanding policy,” said LDS Church spokesman Eric Hawkins.

With President Donald Trump’s signing Thursday of an executive order easing political restrictions on churches, the LDS Church said it will continue its policies and practice of political neutrality. . . .

The president signed the executive order Thursday — the National Day of Prayer — in the White House Rose Garden. Although it doesn’t change existing laws, the order allows faith leaders to more freely endorse political candidates and allows federal agencies to back off on punitive punishments against religious meetinghouses and organizations.