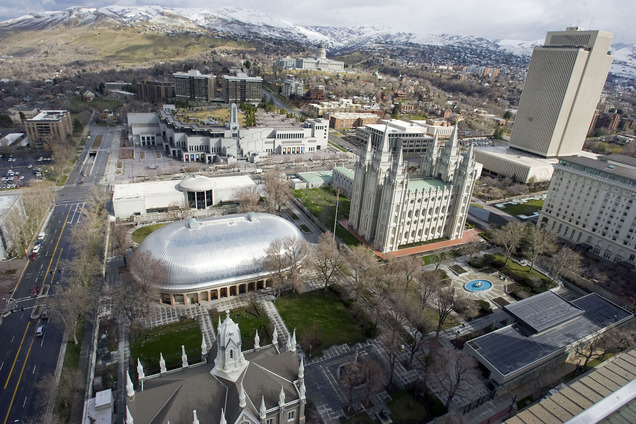 Like the ancients who centered their cities around hallowed ground, the LDS Church is investing billions in downtown Salt Lake City and Ogden to flank its temples with housing towers, retail hubs, rows of restaurants and office space.

The 21st-century campus approach is a lucrative bet that revitalizing each city’s urban core also will inoculate each city’s temple block from urban decay.

After all, LDS leaders would find intolerable the prospect of their sacred spaces getting swallowed by seedy elements, graffiti and crime.

“It is imperative that we preserve the environment around [Salt Lake City’s] Temple Square,” then-LDS President Gordon B. Hinckley told the 2004 General Conference. “This makes necessary a very large construction project.”