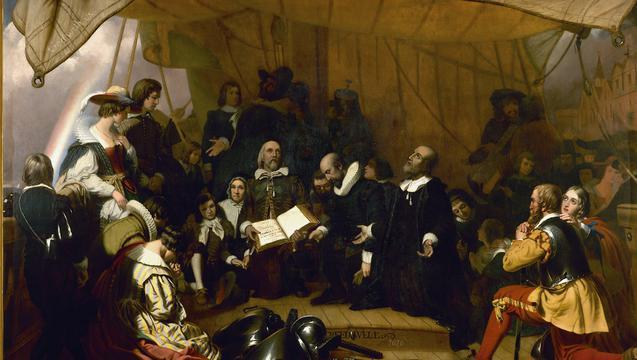 They sought to breathe a freer air, To worship God unchain'd — They welcomed pain and danger here, When rights like these were gain'd. —Author Unknown

As the United States celebrates Thanksgiving, citizens across the nation gather with family and friends to commemorate the shared gratitude between the English pilgrims and the local Native Americans. During this season, many recount the history of these English pilgrims.

Persecuted, arrested and fined for their form of Christianity, these so-called separatists fled their beloved mother country to find what the governor of Plymouth, William Bradford, called “freedom of religion for all men.” After a ten-year sojourn in Holland, the separatists prayerfully decided to depart for America.