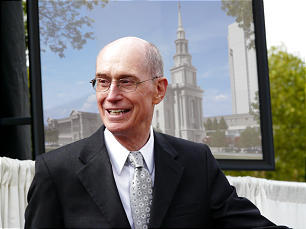 LDS Church year in review: Looking back on 2011

Beginning April 2, the Ogden Utah Temple was closed for extensive renovations including the changing of the temple's entire exterior. Following the renovation, the temple will be rededicated.