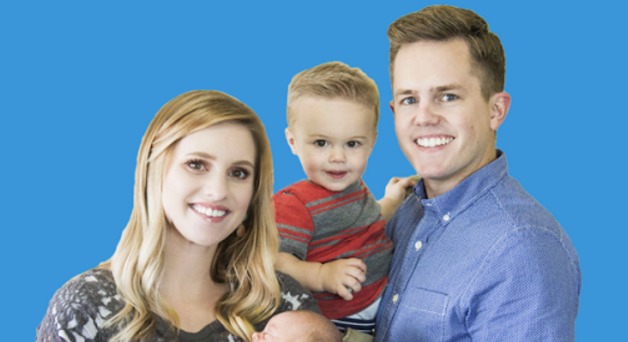 Life for a young married couple isn't always usually easy. School can be taxing, work can be draining, and the pressure of paying bills on top of it all can be simply overwhelming. But despite its struggles, the life of a young married couple is filled with the hope of one day having children. The creation of life is an extraordinary experience, unmatched in both its emotional significance and biological elegance.

Sadly, some couples struggle to bear children. Difficulties with infertility can strike a massive blow to the heart of even the happiest couple. But Ellie and Jared Mecham chose to make the most of their trial--and they documented it for the world to see.

At the time of their video, "Our Infertility Journey," Ellie and Jared had been married for three and a half years, and actively trying to have children for two and a half. They began uploading regular videos documenting their daily lives, their highs and lows, and their most special moments, all with the hope that their journey could help others going through the same thing.

After fertility treatments, their first son, Jackson, was born in January of 2014. But their story didn't stop there. Nine months later, Ellie unexpectedly got pregnant again--this time with no treatment. They gave birth to their second son, Calvin, in May of 2015. As with every day, the Mechams posted a video documenting Calvin's birth, an emotional event that has over 4.5 million views.

(This video shows the emotional journey of a live birth and might not be suitable for all viewers. Watch at your own discretion.)

In 1975, Spencer W. Kimball counseled the membership of the church to keep a journal. "Some of what you write may be humdrum dates and places, but there will also be rich passages that will be quoted by your posterity," he said. "Get a notebook, a journal that will last through all time, and maybe the angels may quote from it for eternity." The Latter-day Saint tradition of journaling has shifted from a notebook to the internet over the last few years, and with over half a million subscribers on their YouTube channel, the Mechams are at the forefront of it.

But though their fans are constantly clamoring for more videos, for the Mechams, this newfound fame isn't really about the fame at all.

We are reminded often that this is the best decision we have made. pic.twitter.com/0sdpGI5Jnr— Ellie Mecham (@elliemecham) March 5, 2015

Famous Mormons Marriage Internet You TubeMarriage,Internet,You Tube,Famous Mormons
Comments and feedback can be sent to feedback@ldsliving.com