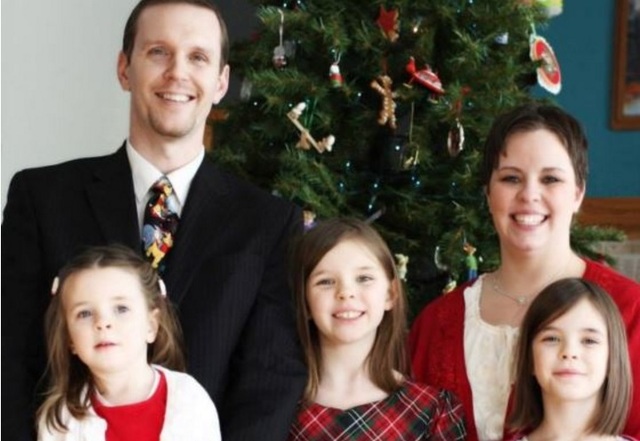 While most were celebrating the beginning of the Christmas season, one LDS family suffered a tragic loss in Caledonia, Wisconsin. While returning home from a Thanksgiving dinner with family on Friday, Kevin Dalley's car was hit by a drunk driver. Kevin and his 9-year-old daughter, Emily, were killed while the Dalley's 6-year-old daughter was left injured.

"The days will be long for many years, and we pray that their memories of Kevin and Emily will remain vivid and that God’s greatest peace and comfort will permeate their home and lives," Kevin's cousin Aaron Cleavinger posted on a memorial fund page for the family.

We are praying for the Dalley family.

Family members of a 39-year-old father and his nine-year-old daughter who were tragically killed by a drunk driver in a rear-end crash on Friday, November 25th in Caledonia issued a statement on Sunday, November 27th—and they said the six-year-old girl hurt in this crash has been released from the hospital.

Below is the complete statement from the Dalley family:

“The Dalley family requests privacy at this time to mourn the loss of Kevin and Emily. Their youngest daughter was released from the hospital and is at home recovering from the accident.

We wish to express our gratitude to the individuals that stopped to help at the scene of the accident, the first responders from Caledonia and surrounding areas, and the doctors and nurses at Wheaton Franciscan All Saints Hospital. We recognize that this tragedy touches the lives of more than just our family. We are grateful for all of the love and support we have received in these trying times.”