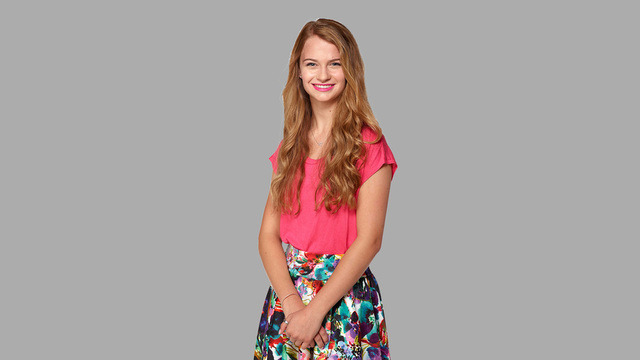 But Lunt attributes her success in the fashion world at such a young age to her faith. "My religion is an important part of who I am and everything I do," Lunt says. "I want the women I design for to feel beautiful—and not to just feel like they are wearing a beautiful dress—but I want them to feel as beautiful as God has created them to be. God creates beautiful things, and I want to recognize the talent He gave me by using it to also create things that are beautiful."

Featuring designers ages 13 to 17, Project Runway Junior seeks to find the "freshest force to be reckoned with in the fashion world," and the winner of the competition wins $25,000, a complete sewing and crafting studio, a full scholarship to the Fashion Institute of Design & Merchandising, and a feature in Seventeen Magazine.

After Allie Lunt's mother, Sarah, noticed a post on Instagram about this season's show, she messaged in to see if auditions were still open. Several interviews, emails, and an audition video later, Lunt learned she would be one of the youngest contestants on the second season of Project Runway Junior, having impressed the producers with her striking, elegant, and modest designs. 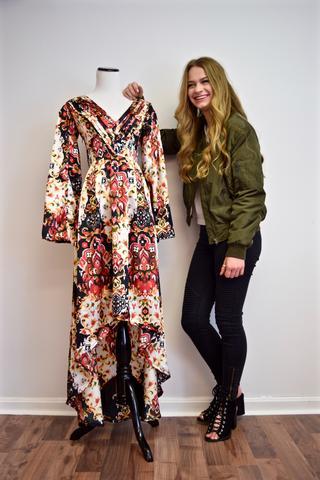 While Lunt's faith influences her fashion sense, she worried how her religion might influence the other contestants and judges on the show.

"I didn't have any doubts about my faith, and I knew Heavenly Father would see to it that everything worked out, yet that didn't stop me from wondering how the other designers would react," Lunt says. "Even some of the interviewers had brought up my religion on multiple occasions during the casting process, and it concerned me a bit."

But when Lunt learned one of the other designers was familiar with Mormons, she decided to share her faith. "I knew if anything was coming, I could take it. Yet there was no need. Everyone treated me with the same respect as they always had, and even began asking questions. I was able to share what I believe and answer the questions they had. One of the other designers even commented, 'You know, I don't really go to church anymore, but your religion really seems to work for you.' I could tell from the way they said it that they really respected me for who I was, and knew that I wasn't afraid to share what I believe."

Along with the friendships she made—becoming "instant family" with the other designers—Lunt will remember her time spent with Emmy Award winner Tim Gunn. "He has been a personal hero of mine for a long time, so being mentored by him was a dream come true," Lunt shares.

Check out some of these stunning designs from Allie Lunt. And to view more of her work or get updates during the show, follow her at instagram.com/allie_lunt or check out allielunt.com