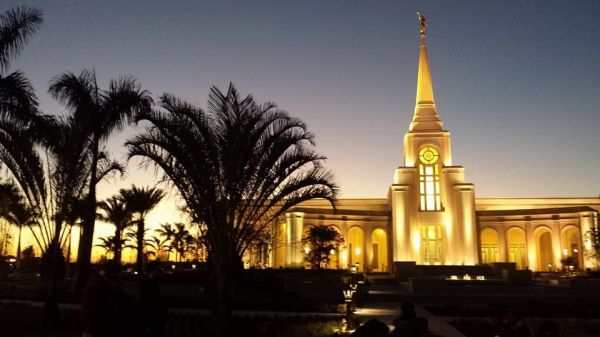 Gilbert, AZ Temple Dedication
Mar 2, Gilbert Arizona Temple
The temple will be formally dedicated on Sunday, 2 March 2014, in three sessions. In conjunction with the dedication of the temple, there will also be a cultural celebration featuring music and dance on Saturday, 1 March 2014.

Live audio and video broadcasts will be available at mormonchannel.org in English and at cesdevotionals.lds.org in American Sign Language, English, French, Portuguese, and Spanish. The Church’s Facebook page will also include live English video of the devotional, under the “Live Broadcast” tab. The broadcast will also be available in English on Mormon Channel HD Radio and the following BYU Broadcasting services: BYU Television (BYUtv), BYU Radio, KBYU TV (Eleven), and KBYU FM Radio (Classical 89). It will be available in Spanish and Portuguese on BYU Television International. Specific dates are to be determined. Time Out for Women Events Nationwide
Don't miss out on these great seminars and workshops that are put on by Time Out for Women.

Idaho Falls, ID - March 21-22BYU Church History Symposium
March 6-7
President Dieter F. Uchtdorf of the First Presidency of The Church of Jesus Christ of Latter-day Saints will be one of the keynote speakers. Terryl L. Givens will also be a keynote speaker. The event will happen in Salt Lake City and Provo, Utah. The event is free and all are welcome to attend. No registration is necessary. For more info, email churchhistorysymposium@byu.edu.

A Night of Music and Inspiration
Mar 9, 7:00pm, Washington D.C. Vistors' Center
The missionaries of the DC North mission will uplift and inspire us with music and testimony.

"Why I Believe" Program
Mar 16, 7:00pm, Washington D.C. Visitors' Center
There will be special music and an introduction of new members. James C. and Aleta Von Stetten will be the featured speakers. The Von Stettens have served two missions in Africa in the last five years, most recently presiding over the South Africa Durban Mission. Brother Von Stetten has retired as the National Account Director for the Steinway Musical Instrument Company.

Tickets are required and can be obtained by calling 801-570-0080 or visiting lds.org/events.

General Women's Meeting
Mar 29, 6:00pm MDT, Internationally broadcast via sattelite
The general women’s meeting will be held in the Conference Center auditorium and will be broadcast to many areas of the world. All women, young women, and girls eight years of age and older are encouraged to gather together, especially as families, in meetinghouses to view the broadcast.