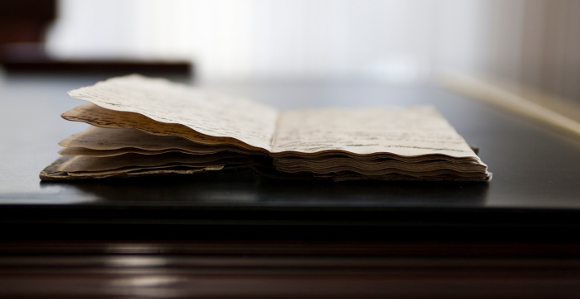 LDS Family Discovers Something Incredible Behind Wall in Ancestral Home

While visiting their ancestral home in Northern England, the Braithwaite family discovered several incredible treasures behind an old wall that had been added to the house years after it had been built.

The metal box had been sitting inside an old oven that had been covered up by a wall. Inside the box was a small book containing the genealogy of our ancestors that extended back hundreds of years [plus many more invaluable treasures].

In 2008, members of the Braithwaite Family Organization of Utah went to visit some of their ancestral sites in northern England. While there, they decided to visit “The Old House” in Ambleside, Westmorland (now Cumbria), which the Braithwaite family once owned several hundred years ago.

A member later recorded what took place: “We happened to be there at the same time as the owner’s wife, and she invited us in. Seems the house was on the National Register. The owners … had bought the house and, with an architect, had restored it to as nearly the original as they could. In so doing, they removed a wall that had the old fireplace and oven behind it.“