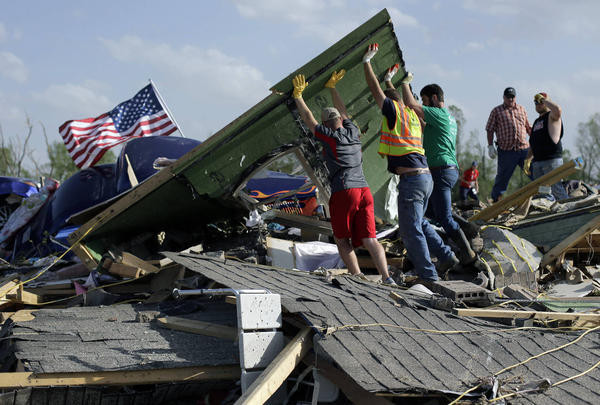 A Latter-day Saint father in Vilonia, Arkansas, who died protecting his 5-year-old daughter, is among more than two dozen fatalities following a series of more than 100 tornadoes that cut a path of destruction through the south-central United States on Sunday and Monday, April 27-28.

According to an April 30 emailed report from Church Welfare Services, all missionaries in affected areas are safe, but two homes of Church members were destroyed with several other member homes receiving minor damages.

At least 29 deaths have been confirmed in six states, and tens of thousands of residents are without power, according to the report.