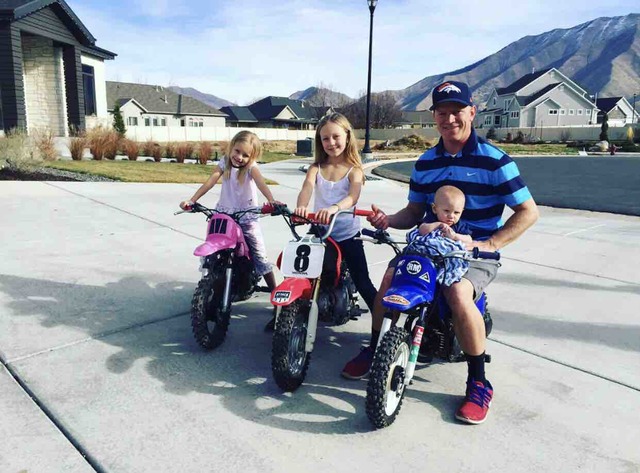 Family and friends are mourning the loss of LDS father Brennan Walpole, who was buried in an avalanche Friday near Afton, Wyoming. A friend, Kip Prestwich, posted on Facebook, "Brennan was not only a friend but one I rode with often. His talent was amazing and he was always a blast. He started each ride with a prayer and would always wear all the gear needed."

Loved ones recalled moments before a Utah father died after being buried by an avalanche.

“We just started CPR. That's the only thing we knew how to do. We did it for about 2 hours,” said Marcus Case, who was there when the avalanche broke.

Despite the efforts of his brother and friends, 35-year-old Brennan Walpole died in an Idaho hospital after he was buried in an avalanche while snowmobiling in southwestern Wyoming.

Walpole, of Spanish Fork, was with a group of 15 people near Afton, Wyoming when the mountain slid Friday.

“I looked up and saw the mountain coming down,” Case said.

“We pulled out our beacons and we started going through,” Case said. “Saw the ski of the snowmobile, his brother saw the ski, and he was about 30 feet up from there.”

The group frantically dug Brennan out.