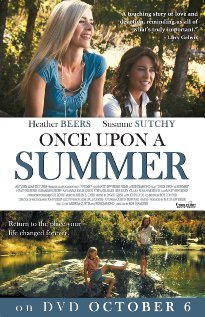 LDS Film: The Need For a New Distribution Model

Once Upon A Summer is a film released to DVD in 2009, and directed by Rob Diamond. It’s gotten decent reviews, and stars two actors I respect: Heather Beers (Charly, Baptists At Our Barbecue) and Matthew Reese (Beauty & The Beast, Rescued).

In other words, it’s a film I’d be interested in seeing…unfortunately, I can’t. It’s not available anywhere.

Netflix doesn’t carry any copies. Online streaming locations like Amazon, Hulu, and iTunes don’t carry it either. The local movie rental places like Blockbuster and Hollywood Video *might* have had it…if they hadn’t all gone out of business in our area over the last two years.

Basically, those who want to see Once Upon A Summer have one and only one option: purchasing the DVD for somewhere between $15 and $25 dollars from Deseret Book or other retail locations that sell LDS DVDs.