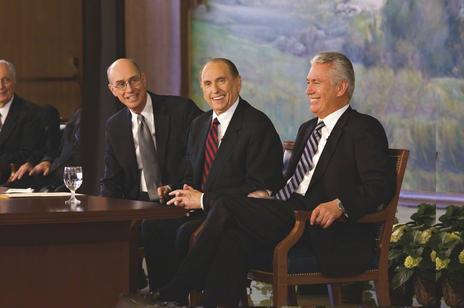 First Presidency members of The Church of Jesus Christ of Latter-day Saints recently launched their own personal pages on Google's social networking site, Google+. President Thomas S. Monson, President Henry B. Eyring and President Dieter F. Uchtdorf will also have their own Facebook accounts in the future.

Dale Jones, spokesperson for the LDS Church, released a statement regarding the new social media activity.

"The church has recently created Google+ pages for senior leadership and will launch similar pages on Facebook in the near future. These pages will act as an official social media presence for these leaders, where the church will post links to talks, articles, videos and other relevant content on their behalf," Jones said.