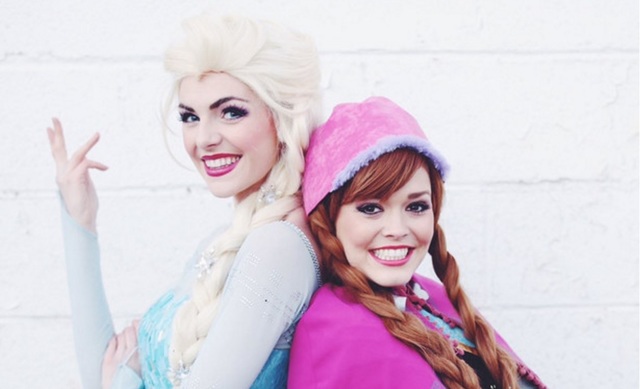 LDS "Frozen" Look-Alike Uses Talents to Help Others, Gets Internship with Disney

One BYU student's dreams are about to come true. After working with Make-A-Wish and even starting her own business posing as Ana from Disney's hit "Frozen," she's just got a call from Disney with good news.

A North Salt Lake woman has been offered an internship to be a "character performer" at Disney World after she and her sister launched a local princess business.

Sasha Sloan said after Disney's "Frozen" was released, people would often tell her and her sister that they looked like Anna and Elsa from the hit film. She said their personalities even coincide with the characters.

"People and even our parents would tease us and be like, 'You guys are the real life 'Frozen' sisters,'" Sloan said.

Mormon Life DisneyDisney,Mormon Life
Comments and feedback can be sent to feedback@ldsliving.com