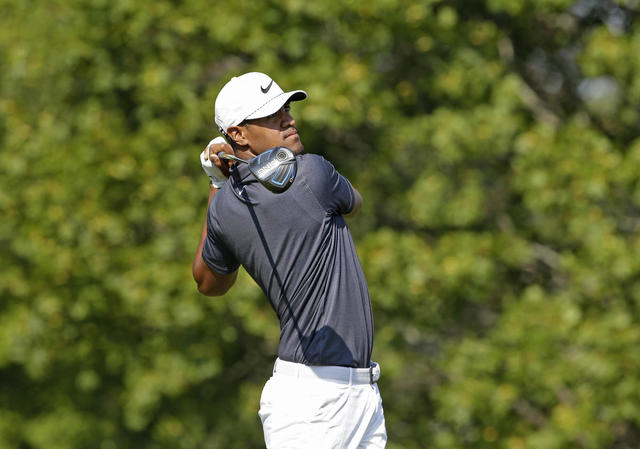 LDS Golfer Becomes Only Player in the World to Finish in the Top 10 at Masters, U.S. Open, and British Open

Mormon professional golfer Tony Finau became the only man to finish in the top 10 at the Masters, the U.S. Open, and the British Open this year, an incredible feat that was almost cut short by an unexpected injury.

In April, Finau had just achieved an incredible hole in one at the Masters when he dislocated his ankle sprinting down the fairway in excitement. However, Finau didn't let his injury slow him down. After calmly popping his ankle back into place, Finau went on to complete two more holes in the competition to secure his spot in the top 10.

► You'll also like: LDS Golfer Sinks Hole in One at Masters, Dislocates Ankle During Celebration

“It was nothing short of a miracle,” Finau told KSL about the competition.

Three months later, Finau is currently ranked as the 28th best professional golfer in the world, according to owgr.com, and the only player in the world this year to finish top 10 at three major golfing competitions, finishing fifth in the U.S. Open and 9th in the British Open.

Congratulations @tonyfinaugolf on a Top 10 finish at the Open Championship. Tony is the only player in the world this year to finish Top 10 at the Masters, US Open and British Open. That major victory is coming soon. pic.twitter.com/rYOwOeoHg1— Jeremiah Jensen (@JJSportsBeat) July 24, 2018

Finau is also the first golfer of Tongan and Samoan descent to play on the PGA Tour and represents his faith and culture, whether on or off the green.

“It’s really an honor for me to represent my people at the level that I am. I think the Polynesian people and the gospel are in harmony,” Tony told the Deseret News. “We’re very respectful people and very humble people. . . and I try and let that shine through as much as possible.”

Mormon Life GolfGolf,Mormon Life
Comments and feedback can be sent to feedback@ldsliving.com