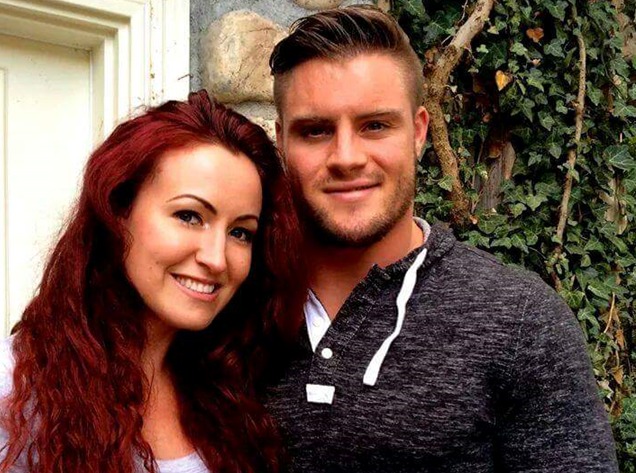 Plenty of LDS families went on vacation to SeaWorld last summer—but one high-flying couple was the main event.

Tyce and Mary Ellen Nielsen, the #1 male/female aerial arts duo in the world, won the best overall performance and audience choice awards for the International Aerial Arts Festival last year. Shortly after, their high-flying acrobatics took them to star in Cirque de la Mer at SeaWorld in San Diego, California.

But, exhilarating and sometimes even life-threatening feats of strength are nothing new for the Nielsens.

As a boy, Tyce grew up the son of a professional magician who also had an affinity for cliff diving. It's little wonder where Tyce learned his flair for showmanship and adventure—a knack that led him to perform at country fairs and a Salt Lake dinner theater, the Mayan Adventure, where he accomplished 40 to 80-foot dives and plunges.

It was at the dinner theater that Tyce met Mary Ellen—a fascinating girl who was herself an experienced diver and came from a family of actors and national pageant winners. It was also at the Mayan dinner theater, in the middle of a show, that Tyce proposed to Mary Ellen. And, on August 3, 2011, the two were sealed in the Salt Lake Temple.

Shortly after their marriage, the Nielsens decided to make a career shift into aerial acrobatics. After watching YouTube tutorials and purchasing their own equipment, the Nielsens formed Duo Transcend, an endeavor that has taken them to exciting new places and experiences.

The Nielsens most recent adventure came at the beginning of 2016, when their family expanded as they welcomed the newest Nielsen to the family.