LDS brothers Jason and Jeffrey Linford are not only identical twins but also business partners and rising musicians. In addition to performing music, they run and own a pest control company in Mesa, Arizona. Recently "The Hollywood Bug Guys" performed an exterminator-themed fiddle number on ABC's newly revived The Gong Show. 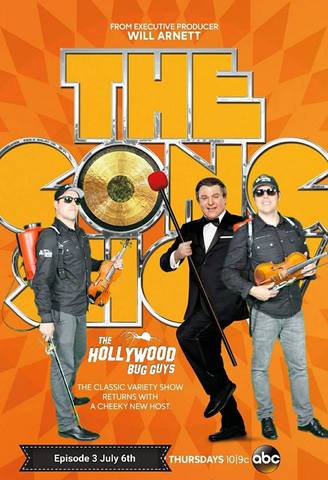 The Linford twins come from a musical family and have been performing since they were eight years old. They both served missions for the Church of Jesus Christ of Latter-day Saints, with Jason serving in Korea and Jeffrey serving in Romania. They attended Brigham Young University and began to gain recognition as the "Twin Fiddlers," performing gigs in Provo and other cities across the nation. After graduating from BYU in 2008, they returned to their hometown of Mesa, Arizona, and focused on writing music and building their pest control company.

Around May 2013, Jason began dating his future wife, Esther Blackham. Jeffrey began dating Ashley Chapman, his future wife, shortly after this time. The couples went on many double dates that summer, and in January 2014, the Linford twins both proposed to their girlfriends at a Young Single Adult regional conference. Esther and Ashley were told that Jason and Jeffrey were performing at the event, so they had no idea the twins were going to propose until they were invited onstage during the performance. The Linfords performed one of their original songs, "Dreaming of You," and then proposed together. In April, they held a double wedding in Gilbert, Arizona. Today, Jason and Esther have two children, and Jeffrey and Ashley have a baby boy.

The Linford twins create and practice their music in a building called "The Practice Pad," which is an old music store furnished with theater lighting, lasers, fog machines, and many different instruments. They plan to release their first album this fall.

On July 6th, 2017, they appeared on ABC's The Gong Show, performing a fiddle rendition of "Toxic" by Britney Spears while exterminating human cockroaches with carbon dioxide guns.

Check out their performance below: