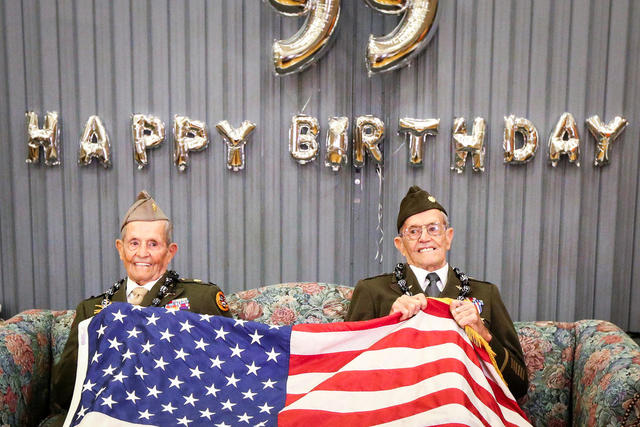 Ralph and Boyd Henderson didn't ever want to be remembered as war heroes.

"They get very uncomfortable when you talk about awards or anything of that nature," said Lon Henderson, Ralph's son. When he asks his dad about his World War II service, Ralph Henderson says he just went and did his job and came home.

The identical twin brothers celebrated their 99th birthdays on Wednesday. Friends and family members traveled from far and wide to throw a birthday party for the two of them in Provo on Saturday. They sang birthday songs and shared stories of when the brothers served together in World War II.

Mormon Life Twins LdsTwins,Lds,Mormon Life
Comments and feedback can be sent to feedback@ldsliving.com