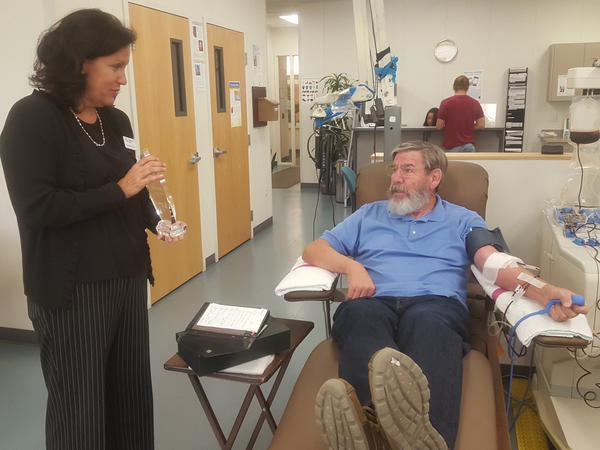 MR says: What an amazing example of literally giving of yourself to save others! This 70-year-old LDS man continues to donate blood every week, even after donating 127 gallons.

If it's 10 a.m. on the first or third Monday of the month, Ralph Vaughan likely will be donating blood at the University of Utah.

Vaughan, 70, has donated 1,023 units of blood — more than 127 gallons — over the past 40 years, making him one of the highest blood donors in the western United States, said Lance Bandley, spokesman for the ARUP Blood Services Center at the U.

That's enough platelets to cover 102 liver transplants or open heart surgeries, according to the center's website.