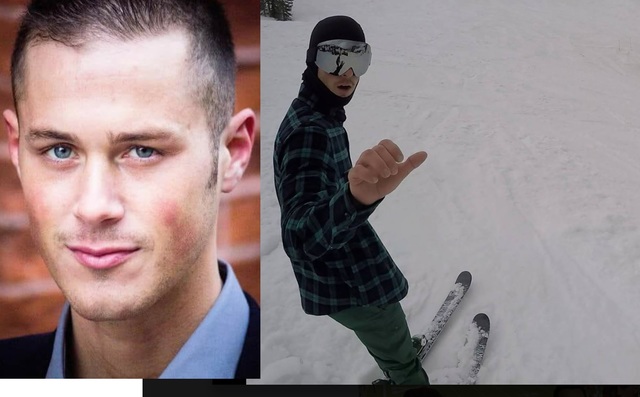 Alexander James Marra was killed in an avalanche in Rock Springs, Wyoming, on Saturday when he was partially buried in the snow and experienced "obvious signs of trauma," officials reported.

“We are saddened to report this fatality, and the staff at Jackson Hole Mountain Resort join me in expressing our deepest sympathies to the family and friends of the victim,” mountain resort president Jerry Blann said in a news release.

Soon after his death, friends of Marra began flooding Facebook with touching tributes and faith-filled posts, testifying of the great influence Marra had on those around him.

"The heavens received an amazing angel today. I love you Alex. Thanks for bringing joy and excitement to this world. Until we meet again brother," his close friend Seth Saunders wrote.

About his last photo on Facebook, a picture of the Star Valley Wyoming Temple, Ryan Kinley Peterson wrote:

Alex was known by me for his consistency.

The final impression Alex broadcast to his friends on this world was a picture of the LDS Star Valley Wyoming Temple on the way to Jackson for a ski trip. With all the craziness going on in today's world, maybe we can all take a lesson from Alex and share goodness on social media as often as we encounter it. He probably didn't know this would be the final thing he'd share, but it is an image that defines him well.

Again, What will you be known for in your life?

Alex, was consistently an example of someone faithfully following Christ up to the very last day of his life. And by his example etched in my mind, I'm inspired. My heart has been heavy today and I'd like his family to know what a wonderful man he is. Certainly, he was greeted at the gates today by the hundreds he served on the other side.

Not sure how to express with words how awesome Alexander James Marra was as a person. Those who knew him, just already know. Though God has a perfect plan and Alex is in a better place, with such a good man there is a lot to be missed by us who remain in mortality. . . . I am grateful for every moment I had to learn from Alex. Though I know God called him home at the time he was supposed to go, I can't help but selfishly wish he were still around to do those things we had planned to do in the future. Though it is hard to understand, I know Alex trusted in Gods plan and we must as well. Through the Atonement of Jesus Christ the pains of death are not eternal and all the injustices of life will be recompensed. To his family and close friends, I mourn for your loss, you are in my prayers.

Many others added their memories and testimonies, remembering the life of the Utah Valley University graduate and returned missionary who served in Colorado Springs.