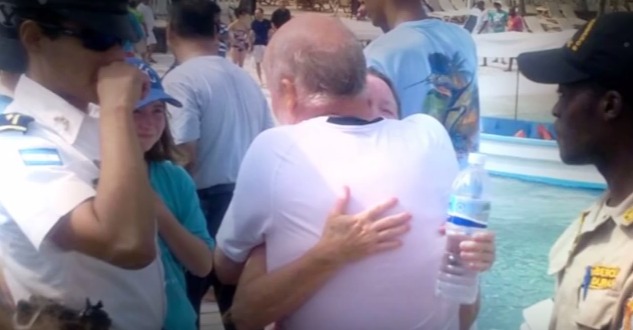 Can you think of anything more frightening than being lost at sea with only a kayak and your thoughts to keep you company? Well last week that nightmare became a reality for Arlen Tanner, an LDS attorney from Missouri.

Tanner and his family were visiting Roatán, the largest of Honduras's Bay Islands, for a humanitarian project. Years ago, LDS dentist Kelly Lineback started a free dental clinic on the island, which she and several other dentists visit every few years. Though not a dentist himself, Tanner was eager to take part in the project, providing assistance in Spanish and delivering oral hygiene presentations to locals.

Of course, spending a week on a tropical island isn't likely to be all work and no play. Having gone snorkeling with his family earlier in the week, Tanner and his wife took a kayak out onto the ocean on Friday afternoon for another round. However, the currents in the ocean caused some problems. Patty reached shore safely, but when she surfaced, her husband was nowhere to be seen.

Patty quickly sought help, both temporal and spiritual. Many prayer groups were notified of Arlen Tanner's disappearance, but darkness was approaching fast, and Tanner's kayak drifted miles from shore on the increasingly tempestuous deep. 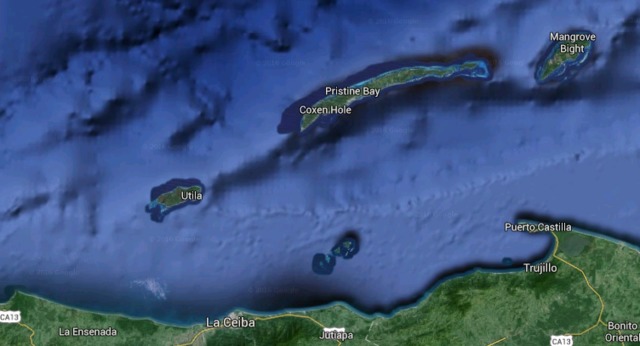 Photo of Roatán from Google Earth.

"By the time I was in the kayak, the current and waves had picked up," he said. "I wasn't able to turn the kayak around." Tanner fought the current for a while as he was carried off to sea, but after a while, he said, "I realized I was in trouble."

Still, Tanner was able to remain calm. "I said many prayers and sang some songs," he recalled, "and then I decided not to use my mouth moisture. Afterwards, most of my prayers and songs were silent ones."

Despite the current, the water remained calm for a time. But after dark, the sea became angry. Tanner described it as "the raging sea you see in the movies." Enormous waves came at Tanner from three sides, and before long, he found himself upside down and without a life vest in the tumultuous ocean.

Tanner managed to climb back into his kayak, but not 15 minutes later he found himself once again flung into the sea. Using all his strength, he managed to flip the kayak and boost himself back in once more—but doubts began to sink in. "I wondered, if that kept up, how long I would be able to keep getting back in," he recalled.

After a while, the raging waters began to calm, but Tanner was still helpless against the strong current. At times, he was able to glimpse lighthouses on the nearby Utila island, but he often remained at least 20 miles from the shore. Seeing the lights from the island provided Tanner with motivation. "I worried about what Patty and the kids were going through," he said. "I didn't think she knew that I had gotten back on the kayak." 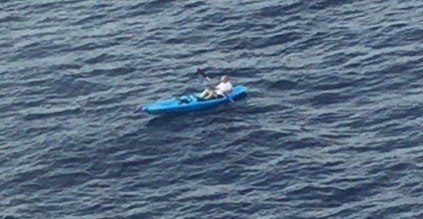 View of Tanner from helicopter, photo from Arlen Tanner.

Tanner began to paddle tirelessly. There wasn't much he could do against the current, but he could at least keep himself in roughly the same position. Lightning was clearly visible all around him, but he was never carried into the storm.

Shortly after sunrise, Tanner began to hear—but couldn't see—a helicopter. He also saw a small white boat far in the distance. Around 7:30 in the morning, Tanner saw the helicopter and waved his paddle at it. The helicopter suddenly banked toward him. "It was such a sweet sight," Tanner said. Tanner then saw someone jump from the helicopter into the water, swim to him, and climb into his kayak.

Tanner's rescuer, Giaco Palavicini, told him that he had travelled well over 60 miles in the ocean that night, but that his relentless paddling had enabled him to get back to 4.9 miles from the shores of Roatán.

Palavicini gave Tanner water and made sure he wasn't badly hurt, then sent for the rescue boat. The helicopter hovered overhead while the boat arrived, carrying Tanner back to land by 9:00 in the morning. When he reached the shore, he was cheered and hugged by his family and his fellow humanitarians. Despite this ordeal, Tanner and his family still made their flight home that day. 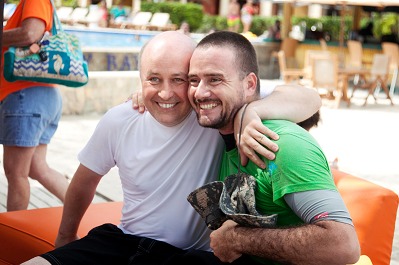 In the aftermath of such a harrowing event, Tanner finds it hard to feel anything but gratitude for the tender mercies he experienced on the ocean that night. "I am so very grateful that my loving Heavenly Father has allowed me more time in this life," he said.

The dental group will return to their clinic in two years, and Tanner plans to be with them. "In my opinion, the clinic is the more important part of this story," he said. "The dentists and hygienists do wonders for these people in a very short time." He'll rest for a while, but Tanner is already excited for his next trip. "I love Roatán," he said. "But I'll be very careful next time."

Click here to see the "I'm a Mormon" video for dentist Kelly Lineback.