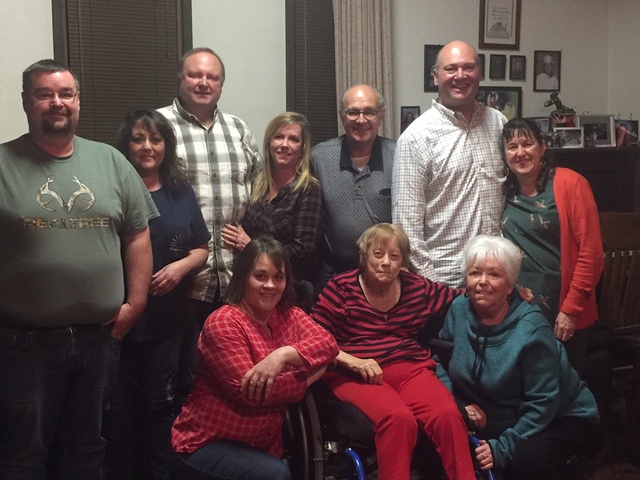 Lee Caldwell wondered who his biological parents were for more than 50 years. That is, until he took a DNA test in 2014 that sent him on a journey he hadn't expected.

“All my life I would have liked to tell my biological mother that it is okay. I’m okay and I don’t hold any grudge about being adopted,” Caldwell says. “I knew that every year on my birthday there is a woman somewhere in the world that had to look at the sky and think about this baby they put up for adoption.”

►You’ll also like: How a DNA Test Unexpectedly Connected This Mormon to a Father Who Didn't Know She Existed

Though Caldwell took the DNA test in 2014, it wasn’t until January 2018 that Caldwell received notifications about people with a biological connection to him. With encouragement from his children, Caldwell and his daughter started writing letters to those who might be potential family members.

Caldwell’s adoptive mother told him that his biological parents were teenagers and they were no longer dating when they had him. He was put into LDS Family Services for adoption the day he was born. “I felt very special to be adopted by [my adoptive parents],” Caldwell said. “I don't want to do anything that would hurt their feelings. Although I knew I was adopted my whole life, they would have supported me if I would have really wanted to find my biological parents, but I just never felt the need to.”

However, with the new information that came from his DNA test, Caldwell felt the drive to begin searching out his biological family. With the information he had, Caldwell was able to find the name of his potential biological father. One day, while he was sharing this journey at work, one of his co-workers recognized one of the names he mentioned. The coworker called her friend, who Caldwell thought might be his sister, and the two arranged a time for him to meet her family.

But after meeting his “sister,” Caldwell received a call from LDS Family Services and learned that his biological parents were 16 and 19 when he was born. “That meant this lady’s father wasn’t my father. As it turned out, she is my cousin,” Caldwell says. But this new information set him on track to discover his real biological parents. 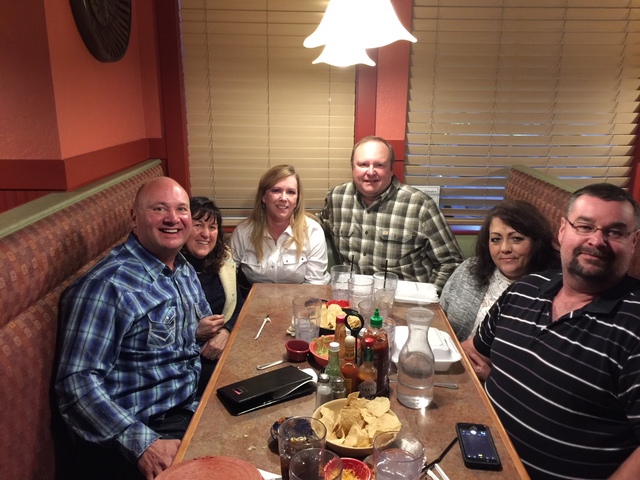 Lee Caldwell meeting Matt and Diana for the first time at a restaurant.

On Super Bowl Sunday 2018, Caldwell invited his family to his house. He then announced that he had discovered some of his biological family members, including his father, Rod Romer from Brigham City, Utah. Two of Caldwell’s sons-in-law called their family in northern Utah and asked if anyone recognize the name. The next day, one of Caldwell’s daughters called and told him that Rod Romer had passed away. However, her uncle-in-law happened to work with Rod’s son, Matt Romer. A week later, Caldwell received a text from Matt saying, “You are my brother. We’ve been looking for you.”

Shortly after Rod passed away from heart disease in 2006, Matt and his sister, Diana, started searching for Caldwell after their mother told them they had a brother they had never known.

“At first I was mad at my mom and dad that they didn’t tell us about it until he had passed away,” Diana says. “But then I was excited. We didn’t know what we would find.”

When Caldwell finally met with his long-lost siblings, Matt says, “Nobody knew what to expect. It was like we were brothers and sisters the whole time.”

“We all got along really well. We talked for quite a while,” Diana says. “At first I didn’t think he looks like my dad, but the more I’ve been around him, the more I think he does.”

Caldwell discovered another answer to his questions during this family reunion—Matt knew the name of Caldwell’s birth mother, Cheri Sills, who lives in California. When Matt called Sills on the phone, she immediately knew what it was about. “It’s about the baby,” Sills said.

Sills called Caldwell on the phone and she described the conversation as “warm and caring.” “He [Caldwell] said it was so important to him because he wanted to thank me for my sacrifice and to tell me he had wonderful parents and a wonderful life. I was so happy to hear that because I have always wondered for all these years.”