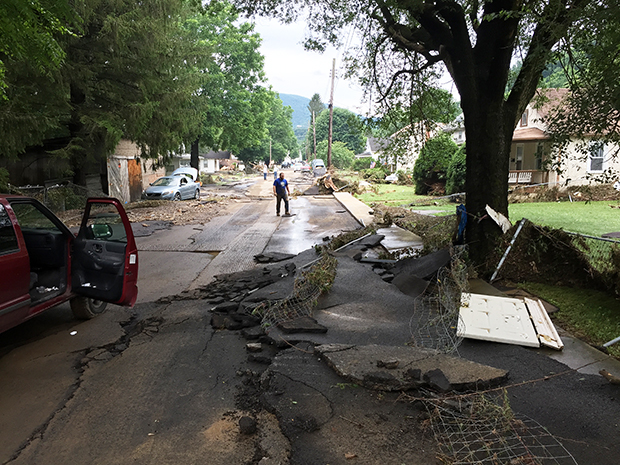 At least seven homes of LDS members living in West Virginia were destroyed after deadly flooding tore through the state at the end of June. But the LDS meetinghouse, which is located in a place likely to have flooded, was reported fine and no Church members were killed in the flooding.

Despite major damage to homes and neighborhoods, Church members in West Virginia have been identified as safe after torrential rains tore through several communities on June 23.

More than a thousand homes have been destroyed and 23 people—including children—have died after major rainfall and flooding in West Virginia.

Heavy rain saturated areas in the state for two days, causing water levels to rise and riverbeds to overflow. Homes, buildings, bridges, and roads were destroyed, while overturned cars, large pieces of road, and other debris filled the streets of devastated communities. 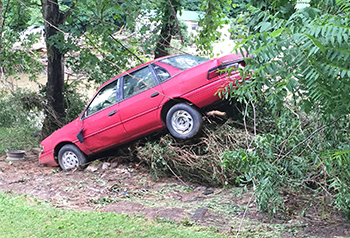 Bishop Jeremiah J. Troyer of the White Sulphur Springs Ward, Buena Vista Virginia Stake, has at least seven families in his ward who have lost their homes and many more have accrued major damages.