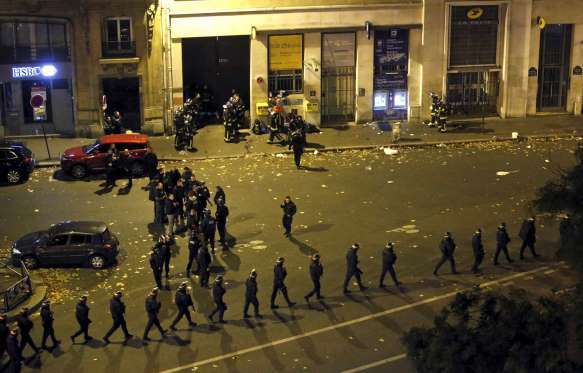 Following a string of terrorist attacks in Paris that has left nearly 130 people dead, the France Paris Mission Babin is reporting that all LDS missionaries are safe and ordered to stay indoors. 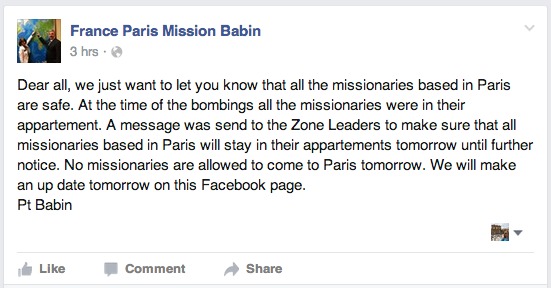 In an unprecedented terrorist attack on France--the worst violence the country has experienced since World War II--reports of mass hostage-taking, a shooting rampage, and explosions are being reported by French news services. Police say that about 100 hostages were killed at a concert venue after a two-hour standoff, and perhaps dozens more were killed in seemingly coordinated attacks outside a sports arena and several popular night clubs. Click here to get the latest information about the attacks from CNN.

Lead image from the Associated Press