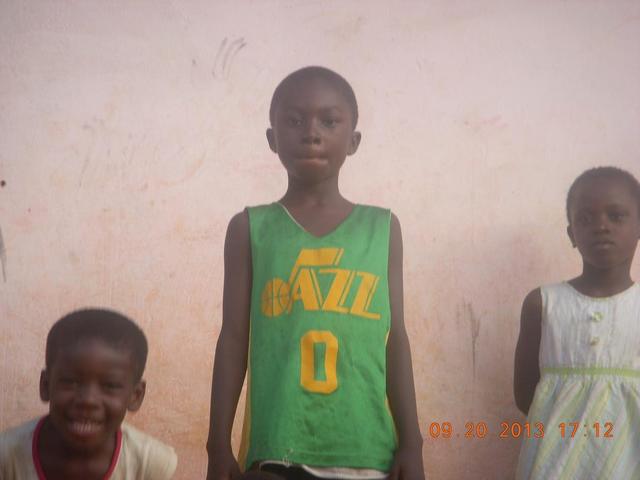 LDS Missionary Finds His Own Jr. Jazz Jersey While Serving in Africa

Parker Strong, a 19-year-old from Centerville, Utah, sat on a tro-tro in West Africa. The Ghanaian public transportation was overcrowded and passengers began to pass their goods back for others to help hold. Strong was handed a goat to keep on his lap. It breathed on his face and he looked out the window at the rain forest he was driving through.

Strong, a member of The Church of Jesus Christ of Latter-day Saints, was called to serve in the Ghana Accra Mission in 2013. Although he would eventually get used to the culture and learn several different dialects of the language, upon arriving in Ghana, Strong had some major adjustments.

The first three months Strong viewed as an adventure. Waking up each morning to fetch water, using a bucket to shower and living life without electricity seemed exciting. However, the excitement began to wear off as the reality of his new circumstances settled in. Along with longing for the luxuries he had at home, Strong began to have doubts that Ghana was the place he could share the gospel the best.

"I think it’s natural for most missionaries to feel that way," Strong said. "‘Is this really where I’m supposed to be? Is this what I should be doing with my life?’"