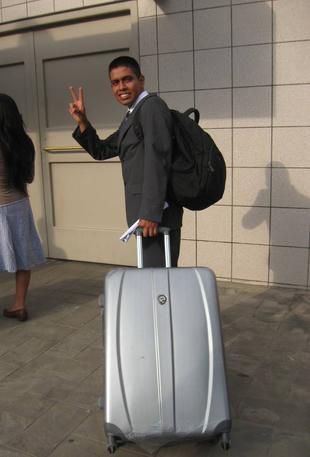 A 20-year-old LDS missionary from Peru who contracted a fatal illness and died in July had been excited to serve in the city in which he was born while he awaited a travel visa.

Elder Juan Junior Litano Montero was originally called to serve in the Argentina Buenos Aires South Mission of The Church of Jesus Christ of Latter-day Saints, said his older sister, Cecilia Litano. He had been serving in the Peru Piura Mission since late February while he waited for his application for a visa to be approved.

"My brother was so happy to go to Piura, because that is where he was born," Cecilia Litano said. "Everyone in my family was happy that one of us could go to this place and represent our family, Jesus Christ and his church."