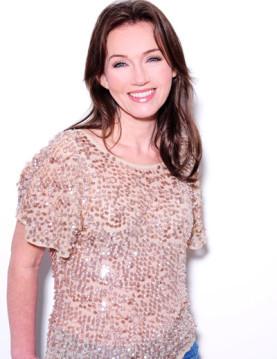 The LDS musician is especially excited for the group’s City June 10 stop in Salt Lake City, where she has many good friends. “I probably have more friends there than here, in little Ireland,” she told me last week during a Skype interview. “We’ve had so many missionaries that have served here that I’ve stayed in contact with, and Americans who have been in our ward, and also work connections that I’ve made in America.”

This winter and spring, Sharpe has been putting in long days to get herself tour-ready. It’s twice as much work now as the first time she was in the show (2008-10) since this time she is pinch-hitting for two different people, covering for one regular during the tour’s first three weeks and another during the last five.