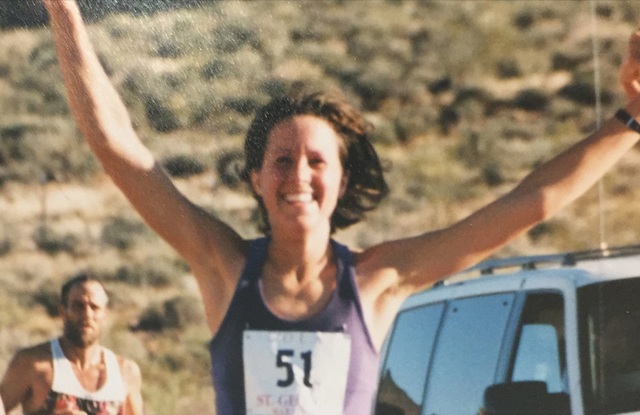 MR says: What an incredible story of perseverance and endurance! We wish this LDS mom all the best in reaching her goal.

Jilene Mecham discovered the thrill of competitive running at a young age. Her father realized he was overweight and decided to change the family’s diet and exercise habits. He began challenging seven-year-old Jilene and her siblings to races across the yard, using a microwave as both timer and finish line.

Years have passed since the family competed in those informal backyard races. Jilene grew up, got married, had kids and she has now set a goal of running 50 marathons before turning 50.

The running enthusiast is a 46-year-old dental hygienist who lives in Orem with her husband, four children and dog. She watched her sister and husband compete in marathons about 20 years ago and decided that she wanted to run one too.