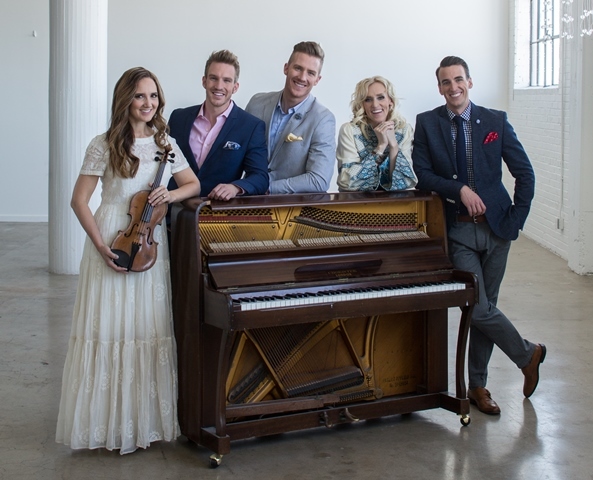 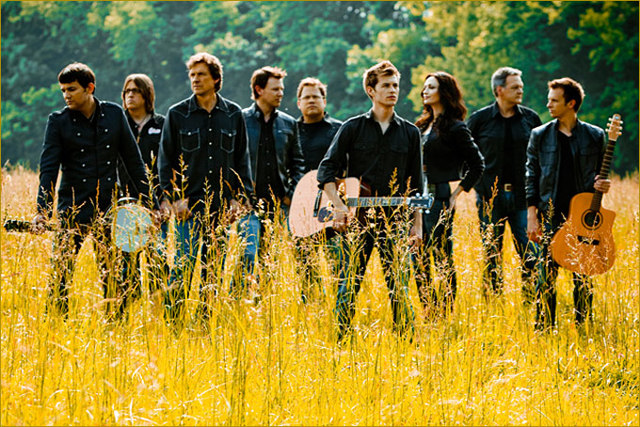 The Nashville Tribute Band is a group of Latter-day Saint musicians founded by Nashville songwriter and record producer Jason Deere and Dan Truman, keyboardist of the iconic country music group Diamond Rio. Backed by a rotating supporting cast of Latter-day Saint songwriters and recording artists, the Nashville Tribute Band blends their unique country sound with uplifting music to create a powerful and spiritual listening experience for those who might not otherwise listen.

The band earned their first spot on the Billboard charts with Redeemer: A Nashville Tribute to Jesus Christ, which hit # 10, in the first week of its release. It also reached #22 on the "Independent Albums" chart.

The album is different than previous projects because it is aimed at a broader, Christian audience and serves as a platform for Latter-day Saints and other Christian artists to unite and testify of the divinity of the Savior. “In addition to Latter-day Saint  guest artists like David Archuleta, SHeDAISY, and Alex Boyé, there are lots of guest artists on this record who aren’t LDS,” Deere told LDS Living. “For example, I called up John Cowan, who is revered as one of the greatest singers ever, and told him, ‘Hey, we’re working on a record about Christ, but it’s being done by a bunch of Latter-day Saints.’ He said, ‘I don’t care. I’ll do it.’”

Each song was written from the varying perspectives of those that walked and talked alongside Christ throughout his mortal ministry. Some of these perspectives include those of John the Baptist, the Apostle Peter, a blind man on the road, a women who washed Jesus’ feet with her tears, as well as other individuals Christ encountered in his life.

Since its inception, the Nashville Tribute Band has performed more than 1,000 shows in the United States, Canada, Australia, and China. “This is what we do to give back,” says Deere. “We all love to serve as members of the Church.”

► You'll also like: Mormons Who Rock the Country Music Scene 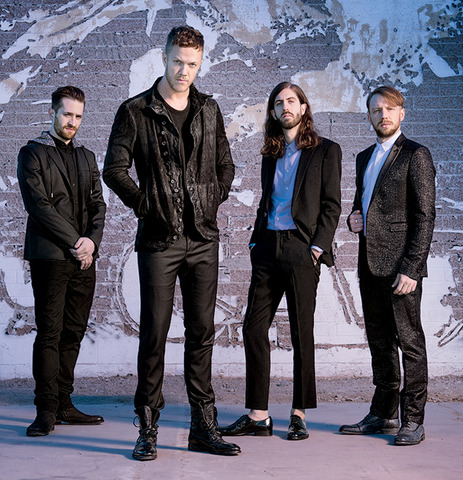 Photo by Jeff Gale, from vegasmagazine.com

The Las Vegas band gained exposure following the release of their first single, "It's Time," and their debut studio album, Night Visions (2012), reached #1 on the "Alternative Albums" chart. The band's second studio album, Smoke + Mirrors, also topped the chart. Billboard named them the Breakthrough Band of 2013, and Rolling Stone named their single "Radioactive" the biggest rock hit of the year. The song also broke Billboard records by spending an astounding 87 weeks on the Billboard Hot 100. 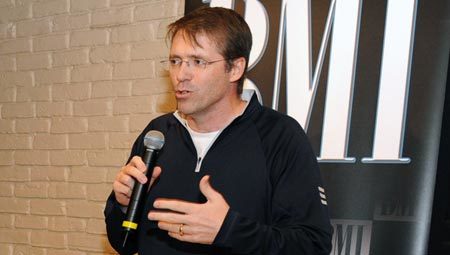 Church member Tony Martin was a reporter at a Chicago newspaper when his songwriting career took off in the late ’80s. Country music star George Strait recorded a #1 hit written by Martin, "Baby's Gotten Good at Goodbye," and soon Martin packed up and moved to Nashville.

“My hobby was paying better than my job,” he told LDS Living. “But when you show up in Nashville with your sack of songs, it’s like opening a store in town—nobody knows the business is open, and you don’t have a lot of product.”

Martin hasn’t had many problems selling his “sack of songs,” however. In fact, he is one of the most successful songwriters in Nashville. His tunes have been recorded by stars like Rascal Flats, Keith Urban, and Tim McGraw, and he has 15 #1 hits under his belt. Among his chart-topping compositions are "Just to See You Smile" by Tim McGraw—voted Billboard’s Most Played Country Song Of 1997—and "You Look Good in My Shirt" by Keith Urban.

Through all his success, Martin remains devoted to the gospel, and it is reflected in his songs.

“Country music subject matter can be about some of those things we don’t believe in doing, and it can be glorified," he says. "Drinking songs, for example, can be catchy sing-along kinds of songs. Even if that’s popular, I’m not going to write those songs.” 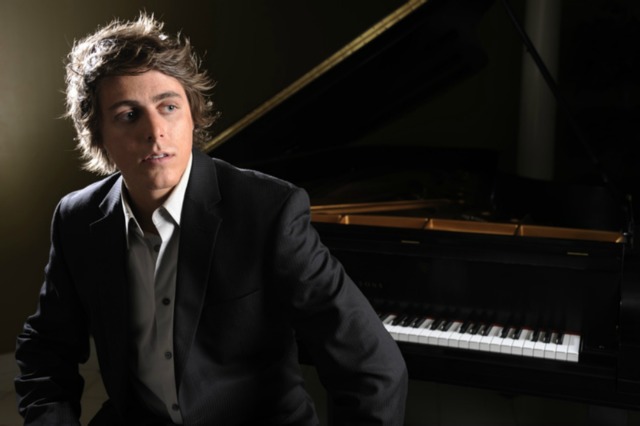 In 2014, concert pianist Josh Wright captivated the nation on America's Got Talent, but that wasn't his only claim to fame. The concert pianist's self-titled 2011 album climbed the Billboard charts, landing in the top spot of the "Classical Traditional" chart.

Wright has since released My Favorite Things, which reached #13 on the "Classical Albums" chart, and Meditation, a collaboration with his wife, in 2015.

Watch below to see Josh Wright perform a song from My Favorite Things on an "exploding" piano! 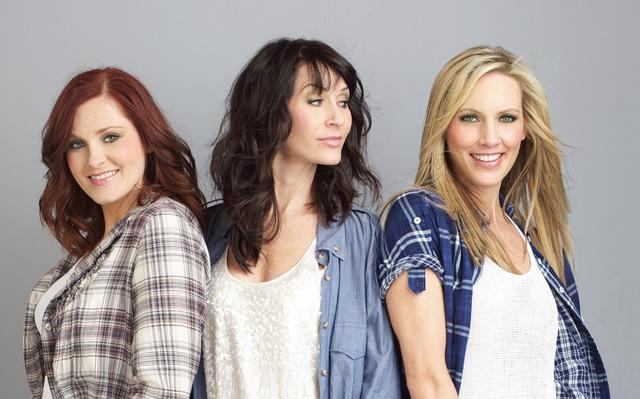 SHeDaisy, comprised of three Latter-day Saint  sisters—Kristyn, Kelsi, and Kassidy Osborn, who moved from Utah to Nashville to pursue their dreams of stardom—took the country music scene by storm in the 1990s. They've had five albums crack the top 10 on the "Top Country Albums" chart and 15 singles reach the "Hot Country Songs" chart. Their hits include "Little Good-Byes," "This Woman Needs," "I Will… But," and "Don't Worry 'bout a Thing."

Their debut album, The Whole SHeBANG, became a double-platinum album. The band has toured with artists like Alabama, Dolly Parton, and Brad Paisley and has also performed for three U.S. presidents. They have won or been nominated for several awards, winning the CMT Video Rising Star Award and the Billboard Music Video Award for Best New Artist Clip (for "Little Good-Byes") in 1999. That year, they also earned a Grammy Award nomination in for Country Vocal Group. They were also nominated for Best Country Duo or Group at the American Music Awards in 2004.

“We’ve met some people who have joined the Church through our music,” Kelsi (Osborn) Simpson told LDS Living. “That is the greatest reward for what we do. It’s a form of missionary work—it always has been for me.” 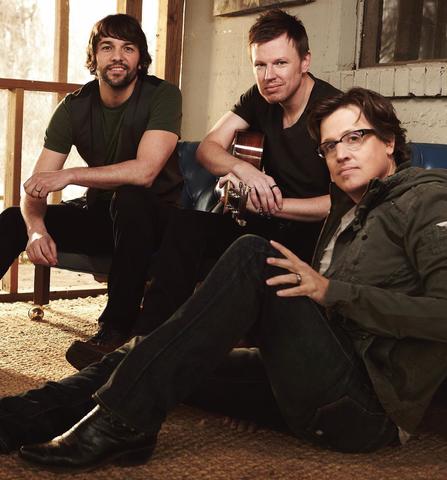 Photo courtesy of Due West

All three members—Matt Lopez, Tim Gates, and Brad Hull—of the popular country music trio Due West are Latter-day Saints.  They reached the "Country Airplay" and "Hot Country Songs" chart with their hit single, "Things You Can't Do in a Car." Their 2013 album, Move Like That, also reached #38 on the "Country Albums" chart.

Achieving success as a country music band isn't always easy, but the members of Due West do their best to stay in tune with what really matters. “Being away from family has been the biggest challenge,” Tim Gates told LDS Living. “We still try to maintain the important things: family prayer, family home evening, and just being a family unit. I’ve had to be creative, using the internet and FaceTime to stay connected and making sure I’m calling every night for family prayer.”

Gates says the members of Due West also bring their temple clothes while on tour so they can attend the temple whenever they get a chance, and their common faith helps strengthen one another.

Dallon Weeks ( of Panic! at the Disco) 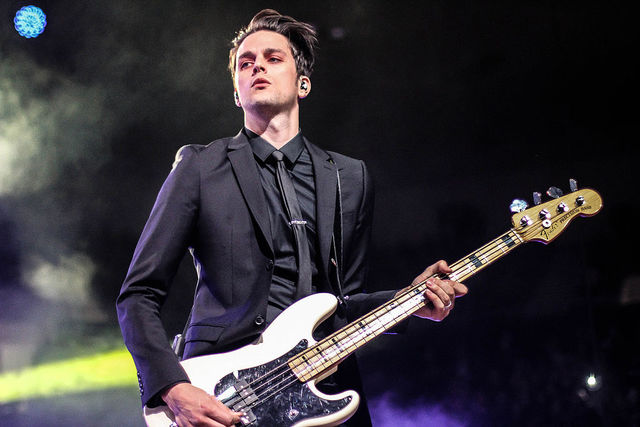 Dallon Weeks is the bass guitarist, keyboardist, and backup vocalist for the rock band Panic! at the Disco. He served a mission in Oklahoma.

Their 2005 debut album, A Fever You Can't Sweat Out, reached #13 on the "Billboard 200" chart and has sold more than 2.2 million copies. The band's four subsequent albums all skyrocketed on the "Alternative Albums" chart. Their second album, Pretty. Odd., was released in 2008 and reached #1. Their third album, Vices & Virtues, hit #2, and their fourth album, 2013's Too Weird to Live, Too Rare to Die!, reached #1. The band's new album, Death of a Bachelor, was released in January and has already hit #1.

The band has had several songs hit the top 10 on the "Rock" and "Alternative" charts, including "Victorious" from their latest album.

Ryan Shupe and the Rubberband 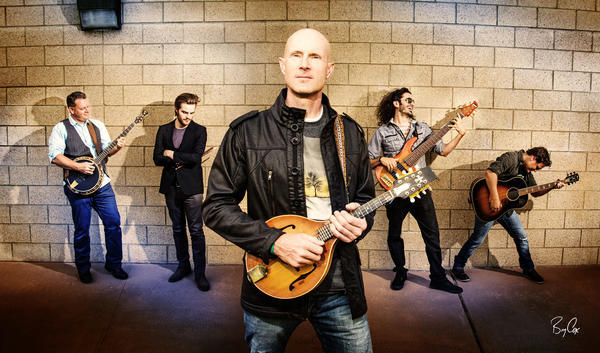 After becoming regional favorites, they signed a deal with Capitol Records and cut an album in 2005 called Dream Big, hitting #13 on the "Country Music" chart. Their single by the same name hit #27 on both the "Hot Country Songs" chart and "Country Airplay" chart.

They have since released Last Man Standing, Brand New Shoes, and Ryan Shupe and the Rubberband: Live. They are planning to release their new album, We Rode On, in 2016. 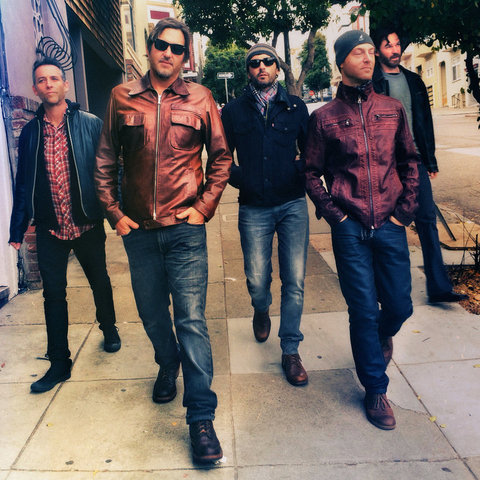 Bassist Scot Alexander (second from right) joined the Church when he was 19 years old. Soon after, in 1991, he met John Robert Richards while browsing in a record store. The two discovered they had similar taste in music, and together they formed the alternative band Dishwalla.

Five of their songs have hit the Billboard charts. In 1996, "Counting Blue Cars" peaked at #5 on both the "Adult Top 40" and "Hot 100 Airplay" charts, #4 on the Top 40 Mainstream charts, #2 on the Mainstream Rock charts, and #1 on the Modern Rock charts. That year, the song also earned the band the Billboard Award for "Best Rock Song." Their other Billboard singles include "Charlie Brown's Parents," "Give," "Once in a While," and "Somewhere in the Middle."

Dishwalla's music has also been featured in several movies, such as Blast from the Past and Empire Records, as well as TV shows like Charmed, Smallville, The OC, and NCIS.

Christian Jacobs  and Chad Larson (of The Aquabats) 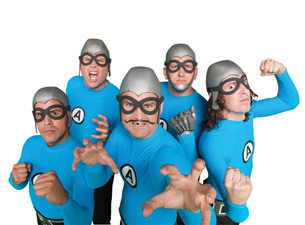 Originally formed in 1994, this unique band is easily identified by their masks, matching costumes, and comedic persona in which they claim to be crime-fighting superheroes. The band has released six albums, two of which have charted on the "Billboard 200." Their latest album, Hi-Five Soup!, also reached #5 on the "Top Heatseekers" chart.

From March 2012 to January 2014, the band also created and starred in The Aquabats! Super Show!, a live-action, musical comedy television series, which aired on The Hub cable channel. The show earned six Daytime Emmy Award nominations and one Daytime Emmy Award. 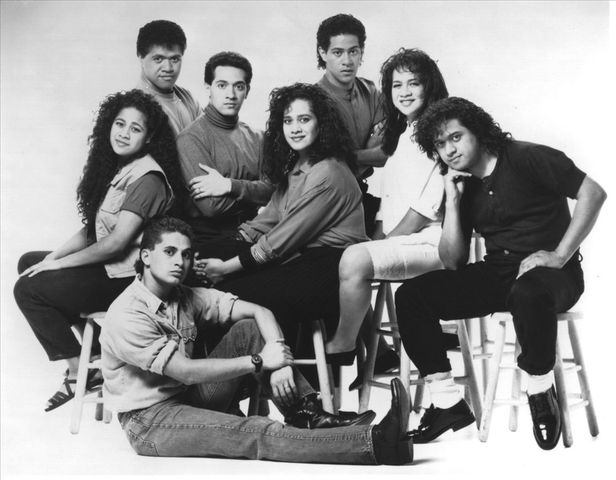 All eight members of The Jets and their nine other siblings were raised as Latter-day Saints by their parents Mike and Vaké Wolfgramm.

Of Tongan decent, the band grew up in Minneapolis, Minnesota. From a young age, the members of the Wolfgramm family were performing at various functions until they officially formed a band in 1985, specializing in freestyle Latin, R&B, and pop. 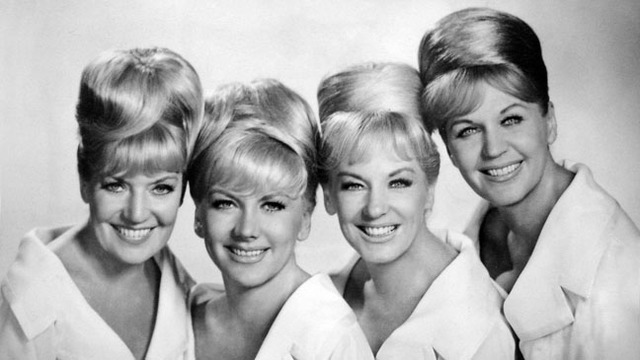 Daughters of music professor and voice coach William "King" Driggs, it's no wonder The King Sisters were musically inclined at a young age.

Maxine, Luise, and Alyce began performing while still in middle school when the family moved from Pleasant Grove, Utah, to Oakland, California. As their fame grew, the sisters moved back to Utah where they performed on KSL radio and later began their own ABC TV series The Family King Show.

The group was very popular during their day, and several of their songs topped the U.S. Billboard charts, including "Hot Lips" at #3 in 1937 and "I Said No!" at #2 in 1942. Their ground-breaking album Imagination was also nominated for a Grammy Award. 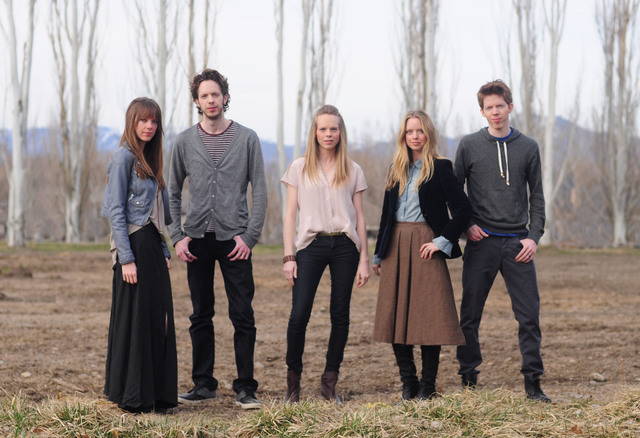 At just three years old, each of the members of the Brown family—Desirae, Deondra, Gregory, Melody, and Ryan Brown—began playing the piano.

The group made history as the first five siblings to be simultaneously accepted in Julliard—a prestigious school for drama, dance, and music students with a 6.7 percent acceptance rate. 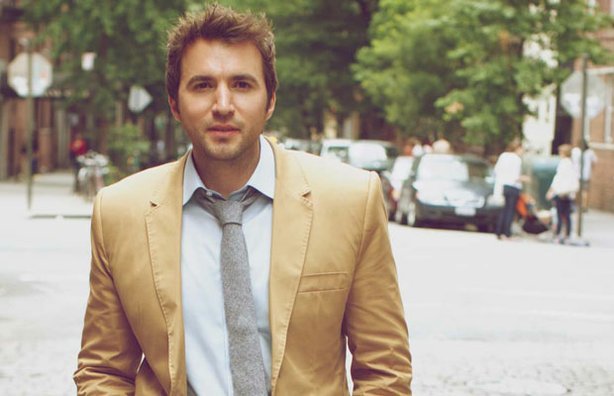 Nathan Pacheco is a classically trained tenor vocalist who's mother taught him at an early age to appreciate music through piano and violin lessons.