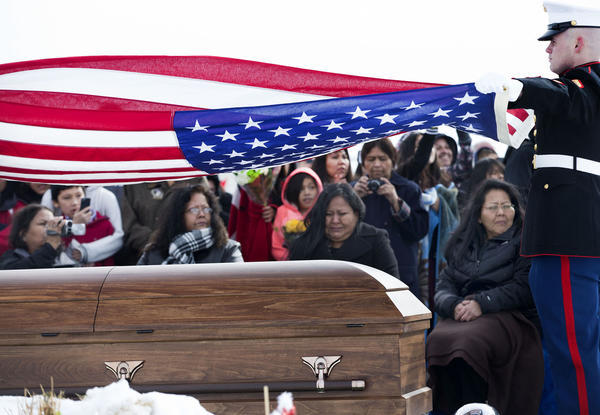 To his children, he was Pa. His co-workers at Kennecott knew him as Ernie.

To the nation, Ernest Yazhe was a hero, part of an elite group of Marines known as Code Talkers, who in World War II transmitted battlefield messages in an unbreakable Navajo-based radio code.

"The Navajo Nation has suffered the loss of another great Navajo Code Talker. He was a hero and a brave warrior," said Navajo Nation Vice President Jonathan Nez.