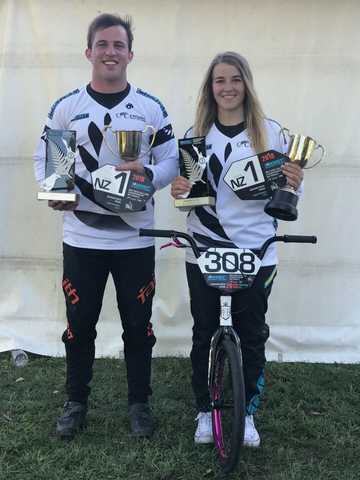 Cody Hobbs, an LDS BMX racer from New Zealand, recently won the men's BMX National Championship race in Christchurch City, New Zealand. His dream to compete in the 2020 Tokyo Olympics is still alive and strong, even after sacrificing his sport to serve a mission.

Waikato rider Cody Hobbs hopes his BMX national championship victory will spark his goal of competing in the 2020 Tokyo Olympics.

A photo-finish was required to confirm Hobbs as the men's winner by the narrowest of margins from defending champion and Rio Olympian Trent Jones, and 2016 junior elite world champion Maynard Peel, in the elite men's final at the Christchurch City track on Saturday.

(Hobbs' race starts at the 5-minute mark in this video.)

Read the rest of this story at stuff.co.nz