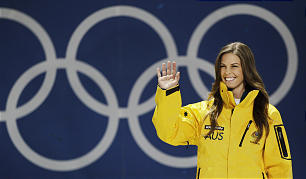 More than 2,500 athletes are expected to represent their countries and compete for medals in the 2014 Olympic Winter Games in Sochi, Russia.

Counted among the skaters, sledders, skiers and other competitors will be several Latter-day Saints. They come from several different nations and will compete in a variety of sports.

A few are even expected to compete for a spot on the medal podium during the Games, which are scheduled to take place Feb. 7 to Feb. 23 in southwestern Russia.

Here’s the roster of Mormon men and women who will answer to the rarefied title of Olympian in the coming weeks: