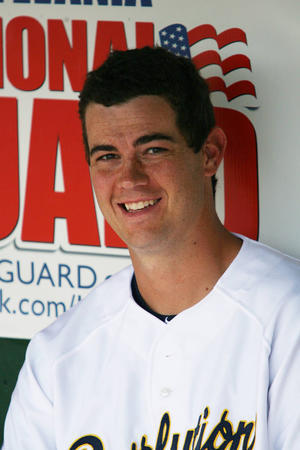 LDS Pro Pitcher Asked for a Trial and Got It

About 15 minutes had passed since the last out in a game between two independent league pro baseball teams on a warm July night.

The lights were still lit against the black sky, providing sight to the few thousand fans spilling out of the ballpark and strolling back to their cars.

The only players remaining on the field were a pitcher and catcher, down the right-field line. The catcher had shed his gear, down to a mitt, cleats and his white game uniform. He crouched on the foul-line, his body facing out to center-field, where the pitcher stood far enough away to mimic the distance from mound to home plate.

“I feel good,” the pitcher exclaimed.