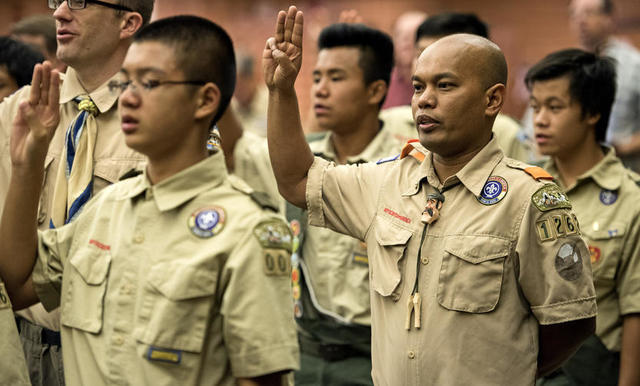 "To me, it feels like I have been led here by the hand of God,” former refugee Saborn Va shares, talking about his remarkable journey to the Church and the United States.

Saborn Va will be the first to tell you that he’s just serving like any of the other leaders in Boy Scouts of America Troop 1262, a troop made up of refugees from Burma.

This may be true, but Brother Va, a member of the Columbus Branch in the South Salt Lake Utah Stake, shares a commonality with the young men in his troop: He also was once a refugee.

Brother Va was born in the midst of the Khmer Rouge regime in Cambodia that is believed to have killed up to 2 million Cambodians, nearly a quarter of the country’s then population, during the late 1970s.

“They would dig these mass graves and then they would just kill people,” Brother Va said. “If you’re educated, if you wear glasses, if you’re smart or you speak a foreign language, they would kill you.”