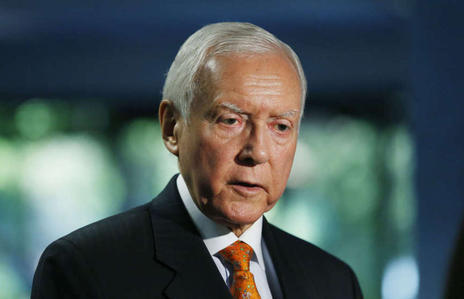 MR says: Following Pope Francis' arrival in Washington, D.C. on Tuesday, an LDS Senator began a series of eight speeches on what he described as the "vital subject" of religious liberty.

Sen. Orrin Hatch, R-Utah, used Tuesday's arrival of Pope Francis in Washington, D.C., to begin a series of speeches on what he described as the "vital subject" of religious liberty.

"Religious liberty is an issue of deep significance to me. I come from a family of faith. I represent a state that was founded by religious pioneers fleeing persecution," Hatch said on the Senate floor.