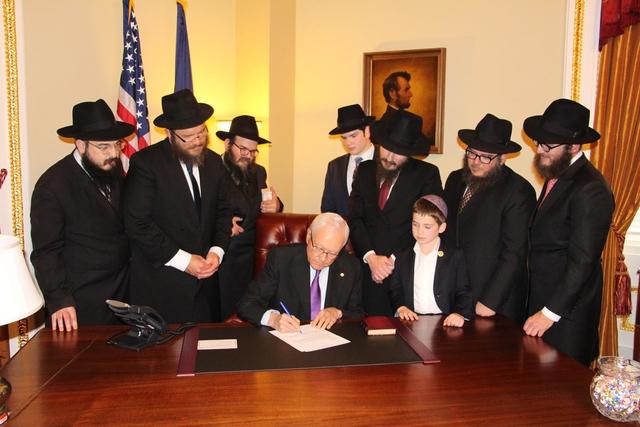 When we focus on our commonalities with other religions and how we can help and lift others, we can find ways to share Christ's love.

Sen. Orrin Hatch, R-Utah, met with a group of Jewish leaders on Monday to reaffirm his commitment to securing the return of sacred texts from the Russian government.

"Much like Utah's early settlers, our Jewish brothers and sisters are a record-keeping people who cherish the word of God and look to holy scripture as a source of identity and inspiration. As a person of faith myself, I was moved by their earnest desire to reclaim these religious records for the benefit of future generations," Hatch said in a statement provided by his office.

The texts, referred to as the Schneerson collection, are the "spiritual crown jewel of Chabad," an orthodox movement within Judaism, according to Rabbi Chaim Cunin, one of the men who met with Hatch. The collection includes approximately 12,000 Jewish holy books and 25,000 handwritten documents, such as letters.

"Many of the books of commentary include notes from rabbis. They annotated the margins with personal thoughts and teachings," Rabbi Cunin said.