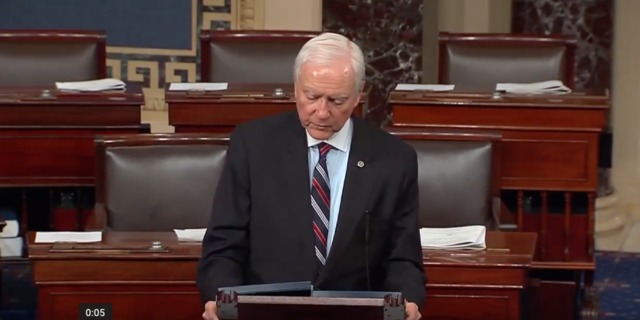 On Senate Floor, LDS Senator Pays Tribute to Victims of the London Terrorist Attack Who Were Visiting Temple Missionaries

Utah Senator Orrin Hatch took a moment to pay tribute to Melissa and Kurt Cochran, victims of the recent terrorist attack in London, before he addressed President Trump on the Senate floor Thursday.

Melissa and Kurt Cochran were celebrating their 25th wedding anniversary in London, where Melissa's parents are currently serving as temple missionaries, when a lone attacker drove his car into a crowd. Unfortunately, Kurt passed away from his injuries and Melissa was seriously injured during the attack.

"I was devastated to hear that two Utahns, Kurt and Melissa Cochran, were victims in yesterday’s London attacks,” Hatch said. He also added that his office has reached out to the Cochran family to offer support.

"Elaine and I offer our most sincere condolences to the Cochrans and stand ready to help them in any way we can. Our prayers are with the victims, their family, friends, and loved ones,” he said.