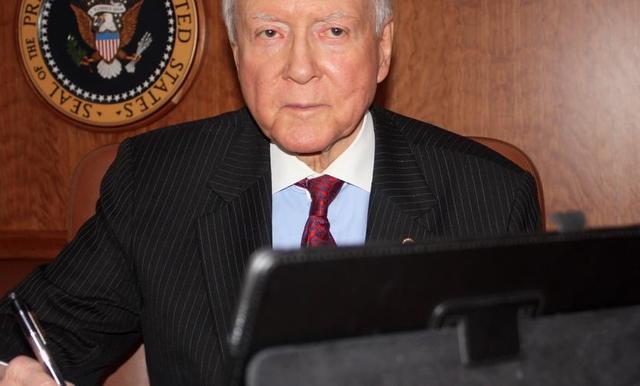 Before a presidential inauguration, a "designated survivor" is selected to remain in an undisclosed location away from the ceremony and festivities to ensure the continuation of government should disaster strike the swearing-in ceremony where many of America's political leaders are gathered.

President Trump asked Sen. Orrin Hatch, R-Utah, to stay away from his inauguration on Friday for an important reason.

As the senior Republican in the Senate, Hatch expected to join the president's escort to the dais on the steps of Capitol Hill and to sit in a prominent seat. Instead, Trump selected him as the designated survivor who would ensure the continuity of government in case catastrophe struck the swearing-in ceremony, where all the nation's leaders were gathered in one place.

Hatch traveled to a distant, undisclosed and secure location to fulfill that duty.

"At the request of President Donald Trump, I am honored to fulfill the role of designated presidential successor during the inauguration," Hatch said in a news release. "As much as I would have liked to participate in the ceremony and festivities, I am honored to perform this important constitutional duty, which ensures the continuity of government."