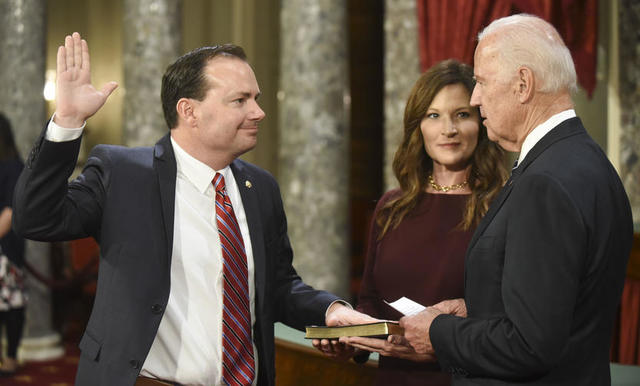 Two Mormons made it onto President-Elect Donald Trump's list of potential Supreme Court nominees—and they're brothers. And recently, one of them, Sen. Mike Lee, met with Donald Trump to discuss the U.S. Supreme Court as well as repealing and replacing the Affordable Care Act and the REINS Act.

Sen. Mike Lee said Thursday that if the incoming president told him he was needed more on the U.S. Supreme Court than in the Senate he would accept the nomination.

"If he asked me that question, I would not say no," the Utah Republican said.

President-elect Donald Trump included Lee on a list of 10 potential Supreme Court nominees in September during his run for the White House. Trump also released a list of 11 names last May, including the senator's brother, Utah Supreme Court Associate Chief Justice Tom Lee.