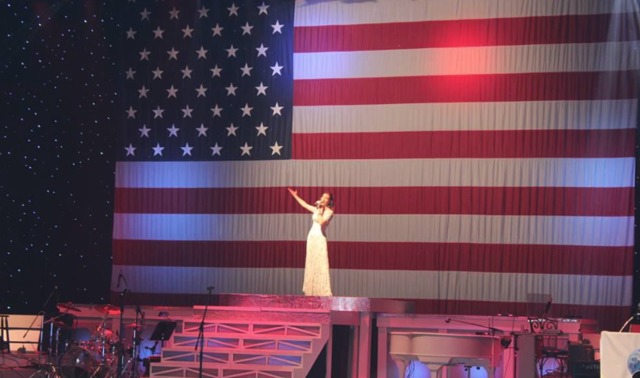 “I felt a thrill go through my body Sunday when I learned I had taken first place in both categories,” Saunders told the Hancock County Journal-Pilot.

According to the article, Saunders, originally from Logan, Utah, has been performing since she was just 3 years old. Saunders also founded the Center Stage Music & Performing Arts School where students of all ages can pursue their passion for arts and music.

In a Facebook post, Saunders says she felt "super blessed" about her wins in the traditional gospel category of the competition and receiving recognition from the 47th district Illinois State Senator, Jil Tracy.