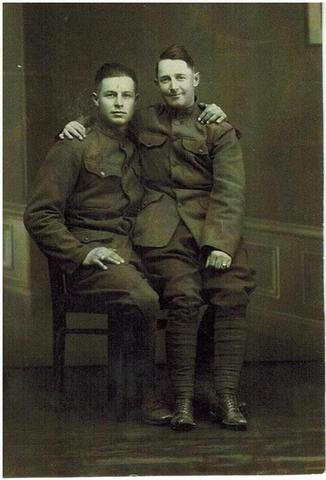 LDS Soldiers in Siberia during the Russian Revolution

Thomas Earl Hunsaker, a returned missionary from Malad, Idaho, and recent World War I draftee, saw an odd notice on a bulletin board at Camp Fremont, near Palo Alto, in August of 1918. Hunsaker was in basic training, assuming he would be sent to France along with the rest of his regiment in the coming weeks. He had recently married, along with several other LDS soldiers in his regiment, and had taken an off-base apartment with his new wife, Laura.

The notice was a piece of paper asking for volunteers who would be willing to go to Siberia. We can’t really know what Hunsaker was thinking, but it is fair to speculate that he probably knew little about Siberia, other than it wasn’t France, where million-man armies faced each other across a deadly no-man’s land on a front of a few dozen miles. He perhaps knew of friends or relatives who were already serving in Europe, and there was certainly no shortage of newspaper reports about the brutal grind of trench warfare. Perhaps Siberia sounded exotic, but for certain, anything he did know about Siberia and Russia may well have been that it was on the opposite side of the world from the war in Europe. Whatever his thinking, he agreed to volunteer for Siberian service. He had a reputation for volunteering. Upon his return from the Southern States Mission in 1918, he had volunteered to be among the first drafted that spring.