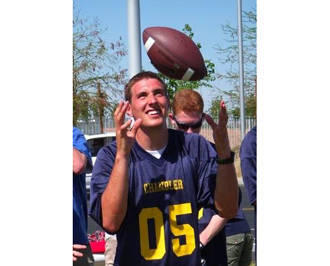 So when the 24-year-old Special Olympics athlete heads to the summer games in Athens, Greece, June 24-July 4 this summer, he plans to win the gold.

Nothing else will do.

That isn't really surprising because most autistic children — and adults — have an usually tough time with not winning.

"They can't lose. That's just not right!" said his mother, Katy Hayes. "I work with autistic kids, and it's hard for them to lose. When Alex went to nationals four years ago in Iowa, he realized he had to pick it up if he wanted to always be the winner because in Arizona, he always won."