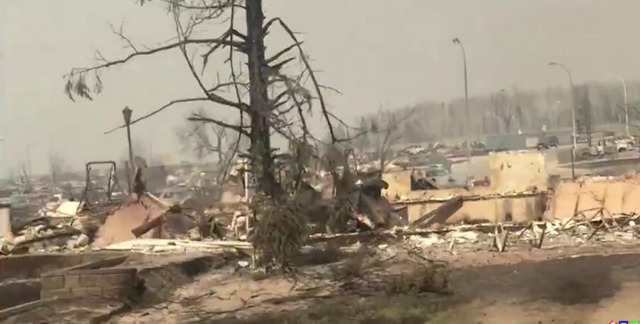 With the forced evacuation of 88,000 in Alberta, Canada, entire swaths of land and forest reduced to ash, and one-fifth of the homes in Fort McMurray completely destroyed, the Alberta wildfire is one of the most devastating in Canada's history.

Heartbreaking footage and pictures of the devastation have recently been released. Among these was a video captured by CTV Edmonton showing the charred remains of buildings.

In a comment on this video, Cort Louder says, "Some of you have asked how the LDS meetinghouse in Fort McMurray has fared. The building still stands . . . What devastation though in the surrounding community. So terrifying."

Our hearts go out to those forced to evacuate their homes and who have lost so much in the fire.